We were woken up at about 2am by a very loud scratching noise from downstairs. We had already found out the previous day that we had mice in the house, but this was loud. Can't possibly be a mouse I thought.

I crept downstairs, but the noise stopped. Then, just as I was about to go back upstairs I heard it again, from the cupboard under the stairs. I went over to it and carefully opened the door and peeked inside, but I couldn't see anything. Opened the door wide, and there was nothing there.

A bit confused, I looked down, and saw a mouse tail protruding from the bottom of the door! That's why it was so loud, because the noise was echoing around inside as it gnawed on something. So, how to get rid of it?

I had an idea, and called Clare to come down to help (and bring a camera). First off I knelt down on the floor and looked under the door... 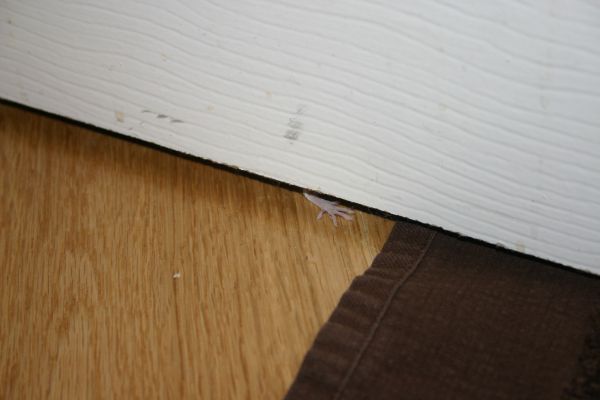 This is what I saw. A mouse inside the door! Not sure what he was doing in there. 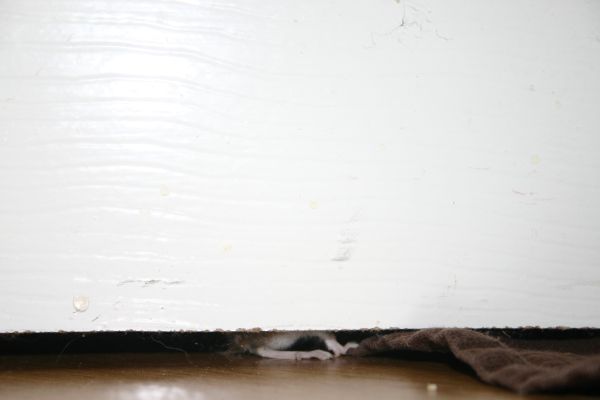 Slide a towel under the door carefully... 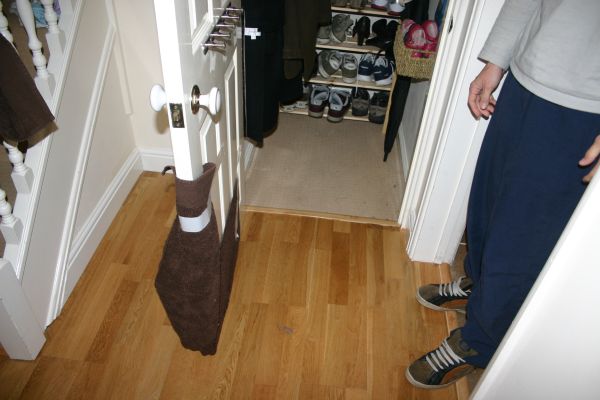 Cellotape the towel to the door so that the mouse cannot escape. 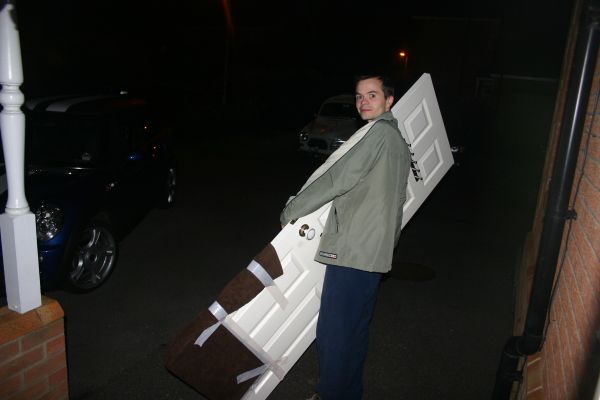 And finally unscrew the door from it's hinges and carry down to the woods at the end of the road where the mouse can be safely released.