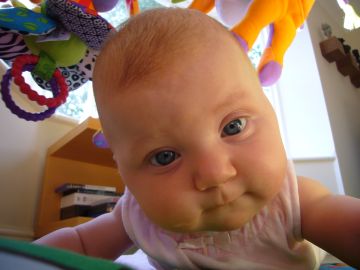 She is getting better and better on her front! Hope she learns to roll from front to back sometime soon... 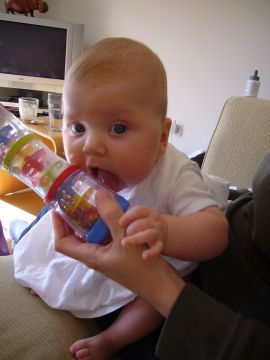 Elizabeth has got to the stage where she is putting everything she can get her hands on in her mouth, and then slobbering on it.

This is a movie of Elizabeth being submerged for the first time - to see if uploading movies works! 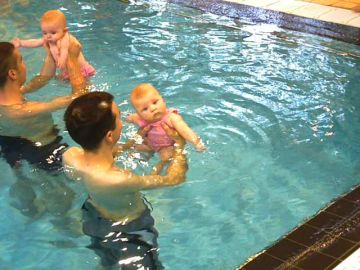 Elizabeth's first swimming lesson. It was fantastic! I think I enjoyed it more than she did. She didn't cry, just looked a bit bored and yawned every now and then. This was just before she got dunked underwater for the first time. 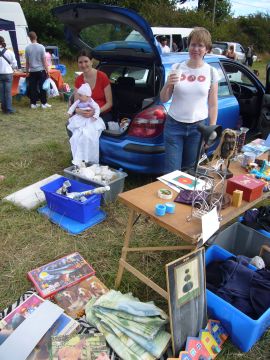 We finally got round to doing a car boot. Elizabeth was fine most of the day, even during the torrential downpour. She was inside the car though. 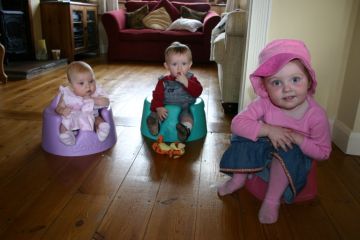 We went for a bbq round the Dawson's new house, and met up with Freddy and Emma again. 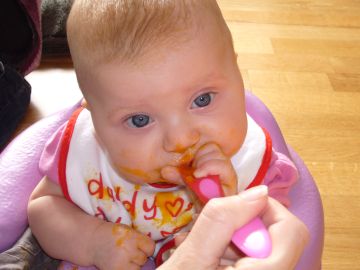 No trouble getting her to eat squash. Ok, she is a little dirty, and there is quite a bit up her nose, but she liked it! 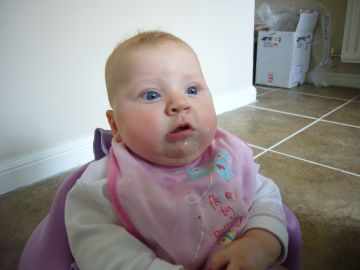 We think she swallowed a little of it! Most of it was on the bib though. 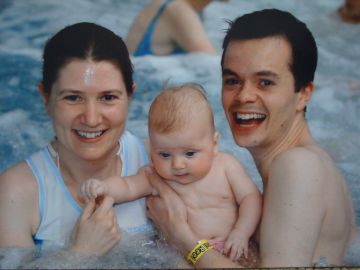 We went swimming today! Well, standing in water anyway. Elizabeth starts swimming lessons in about two weeks, so we wanted to make sure she was OK in the water. She didn't like it to start with as it was a bit chilly, but once she was used to it she was fine! 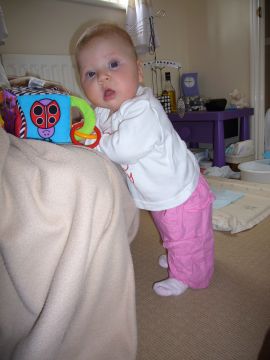 When Elizabeth was only a couple of weeks old the health visitor said she had strong legs. She has been able to support her weight for quite a while now, and can stand on her own if she has something to lean on. Standing up herself is a whole different matter though! 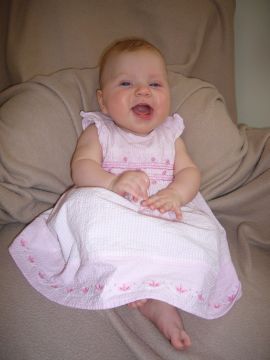 She can't quite sit up unaided yet, but with lots of cushions, doesn't she look grown up! 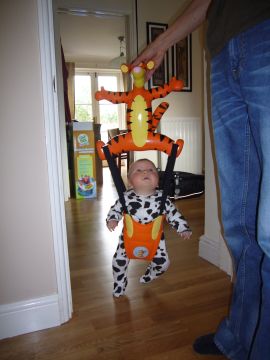 As Lizzie is becoming more active, we needed more toys to keep her occupied. This activity station is still a bit big, but I'm sure it will be a big hit in a few weeks time.