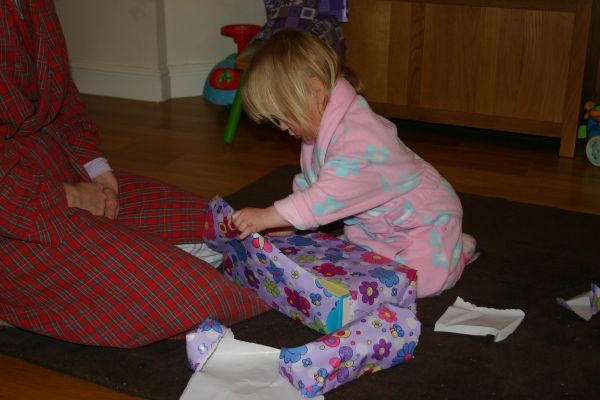 2 today! She was a lot better at opening her presents this year, and actually played with some of them rather than the paper! 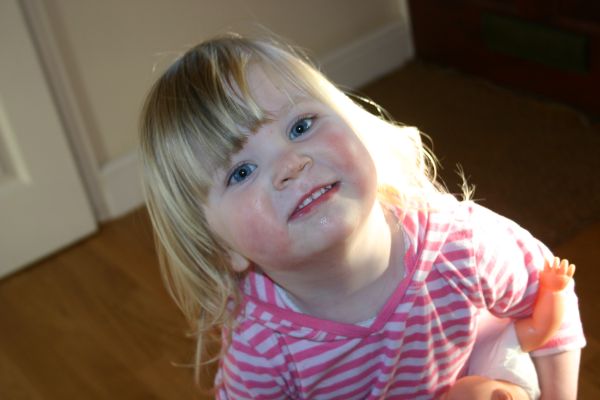 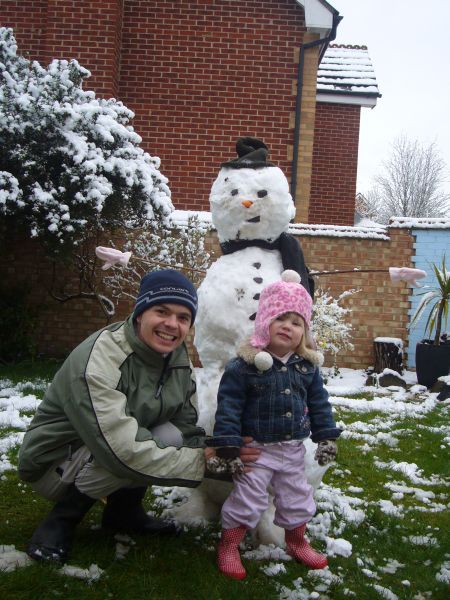 Elizabeth isn't very keen on cold weather. She doesn't like rain or wind. She liked watching the snow from inside, and played in it for a couple of minutes, but after that it was up to me to build the snowman :-)

She did help a bit. 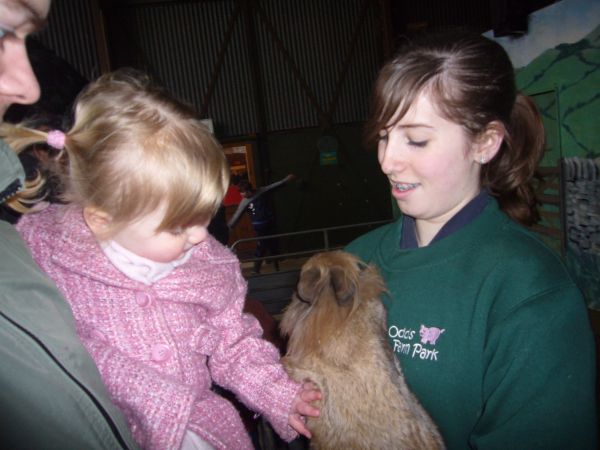 One of Elizabeth's favourite phrases at the moment - "want stoke it". She says it whenever she sees a dog, cat, or a bit worryingly, a baby. There were lots of animals to stroke at Odds Farm though. 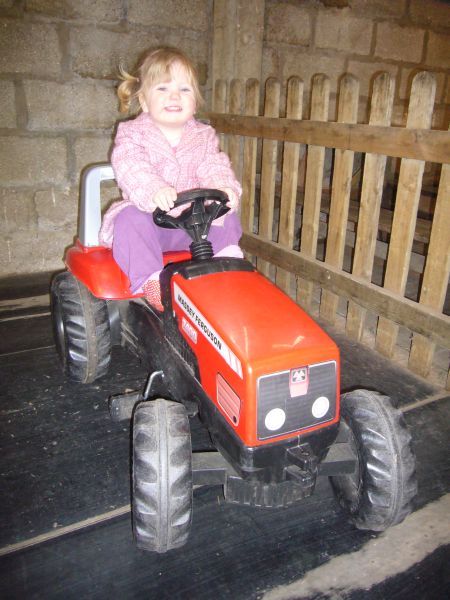 Only 2 days to go to Clare's exams so I took Elizabeth for a day out so Clare could revise. The promised sunny weather didn't appear, but we had fun anyway! 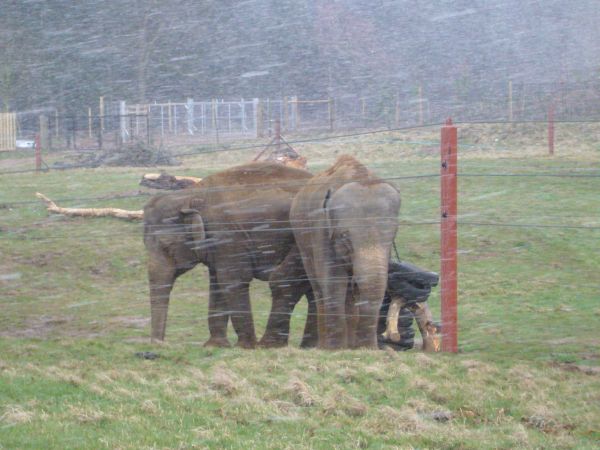 The weather was a bit changeable! Sunny some of the day, horizontal snow at other times... 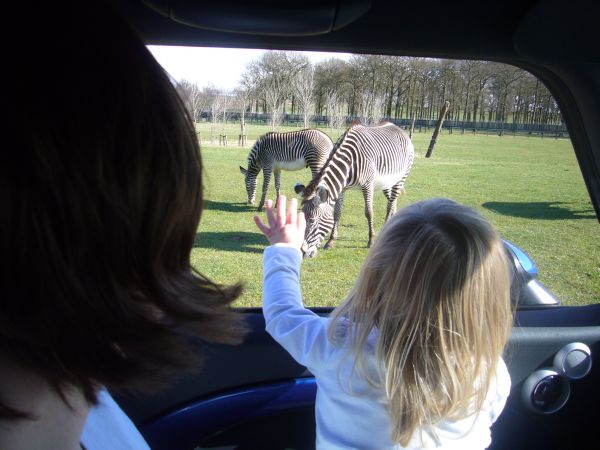 To celebrate Elizabeth being better we went to Woburn for the day.

I may have been a bit eager in saying that the chicken pox wasn't bothering her at all. It got a bit worse after that and she was thoroughly miserable for two days. She has a few scars now as well :(

Since that last photo, Elizabeth got the winter vomiting thing for a week, then we went away for the weekend, and left her overnight for the first time ever (for two nights in a row too), and now she has chicken pox.

Luckily the chicken pox isn't bothering her much at all. You might be able to just about make out some red spots near her hairline, but most are on her chest and back.

There are a few photos from the Cotswolds (and I mean a few) here: 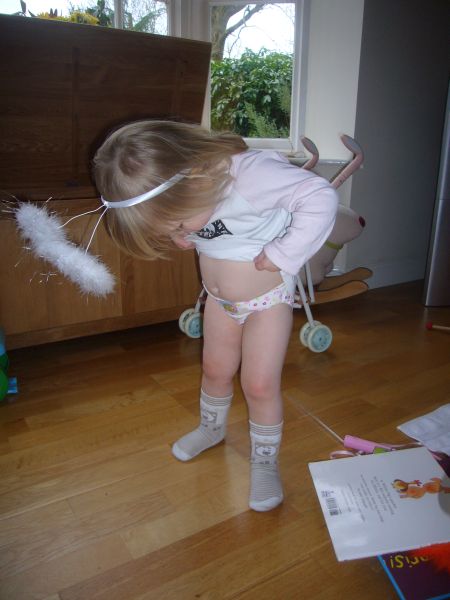 On Friday Elizabeth decided she didn't want to wear a nappy any more, so she is now wearing pants! All going very well so far. better than I had ever hoped anyway! Unfortunately she now wants to get up in the night to go to the toilet, so we are having some sleepless nights... 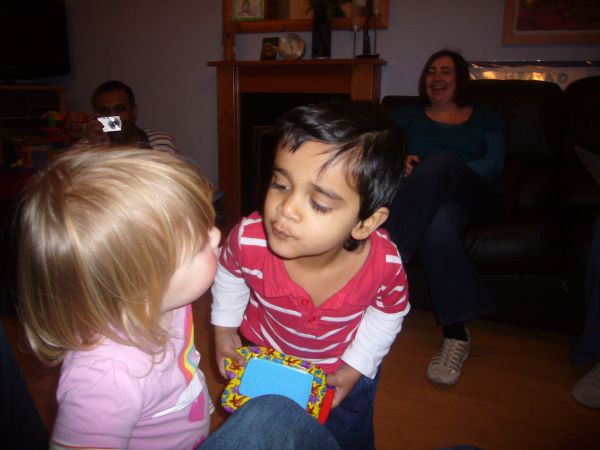 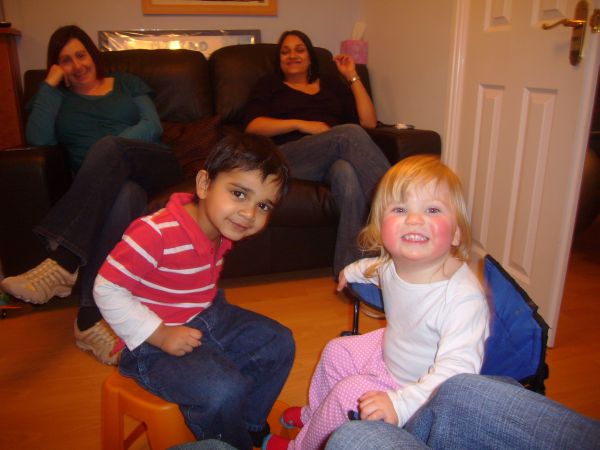 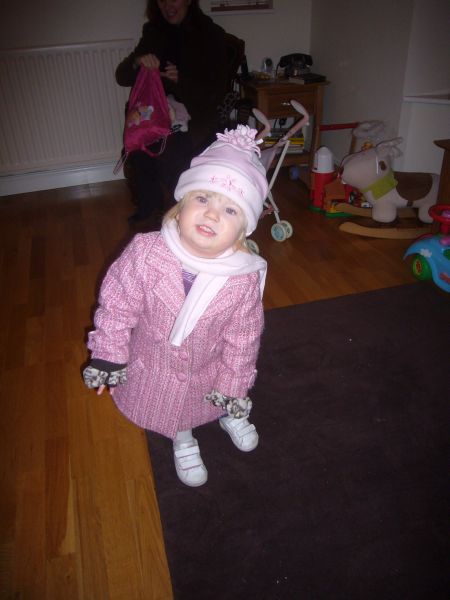 Doesn't Elizabeth look grown up in her new coat, hat and scarf? 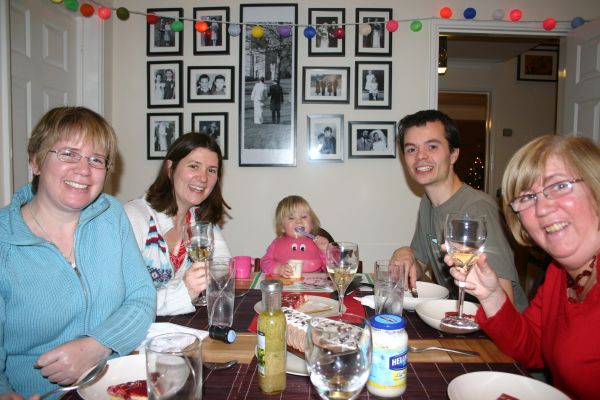 We spent New Years Eve at home with Clare's family. We had a nice dinner, and then after Elizabeth was in bed we played cards. Luckily we weren't playing for real money, as Clare and I lost everything to her parents at poker! 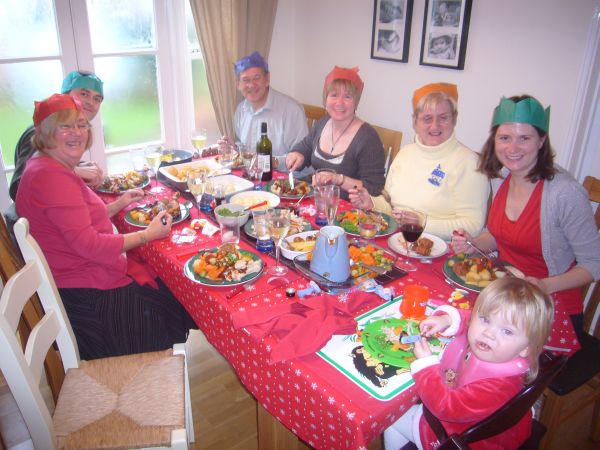 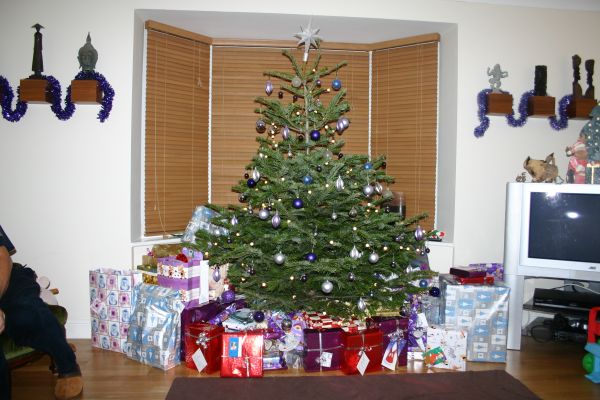 Rather a lot of presents to open! They weren't all for Elizabeth either. 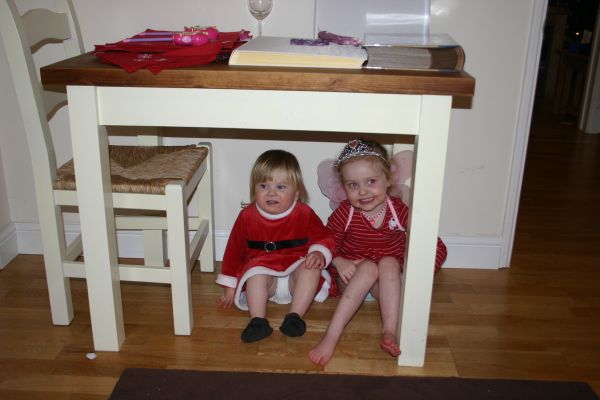 Emma introduced Elizabeth to hide and seek. I thought Elizabeth would be too young for it, but she really got into it! Although she did hide in the same place every time. 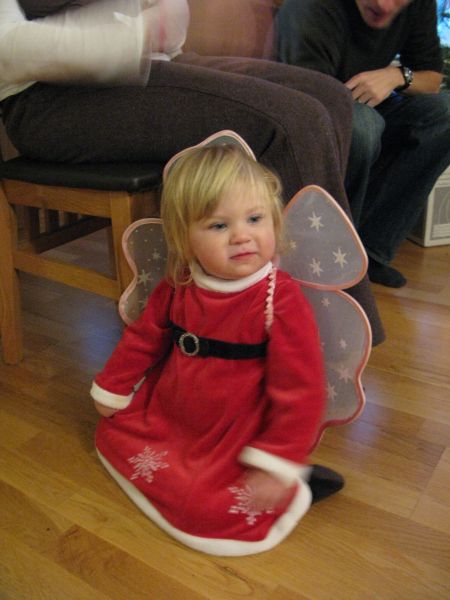 The wings were part of Elizabeth's present from Emma. 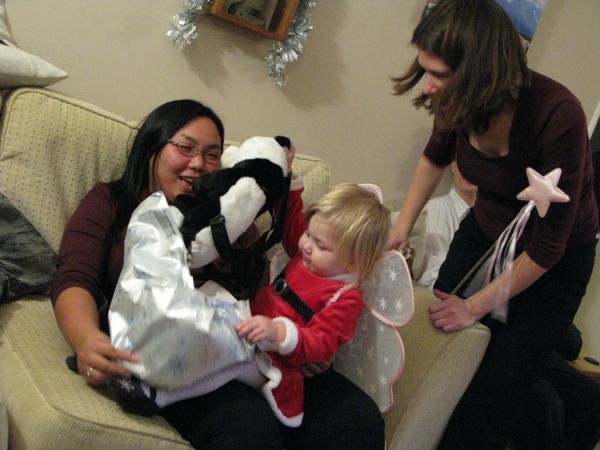 Elizabeth was much better at opening presents herself this year. She did most of them herself, and usually even played with the present and not the paper! 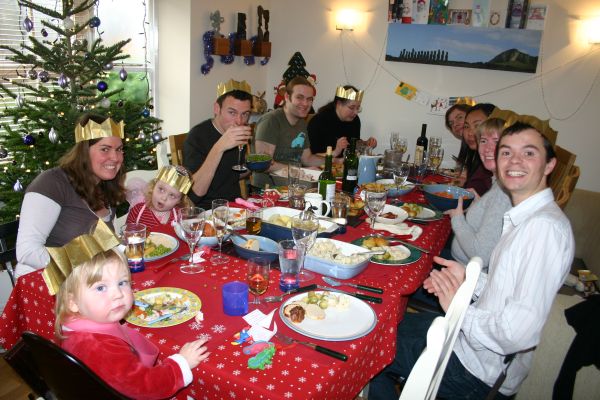 Our annual Christmas party. Only 11 including children this year! 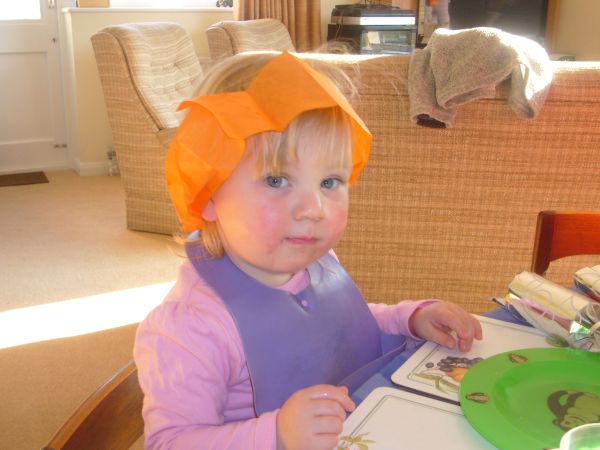 It is actually over a week after christmas when I'm writing this, and Elizabeth still asks for a hat when we sit at the dinner table. 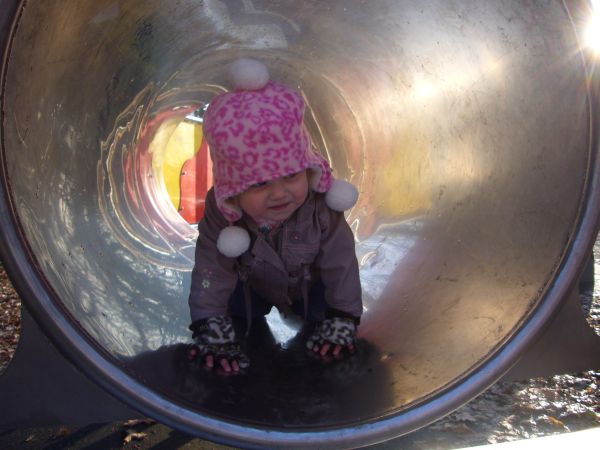 This is at the playground at the end of my parents road. 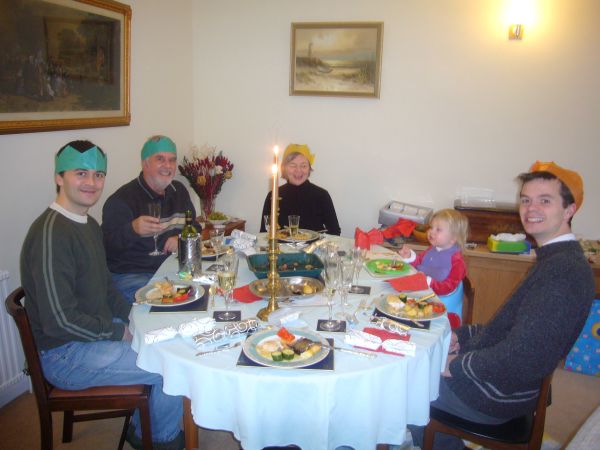 Christmas number 1 was a bit early this year as my parents were heading off on the Queen Victoria for a Christmas cruise shortly after. 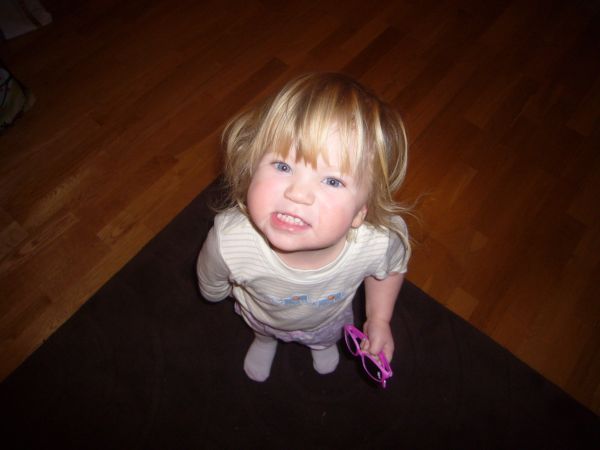 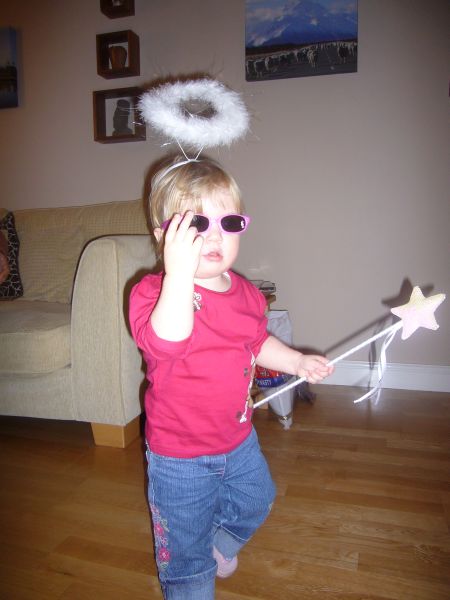 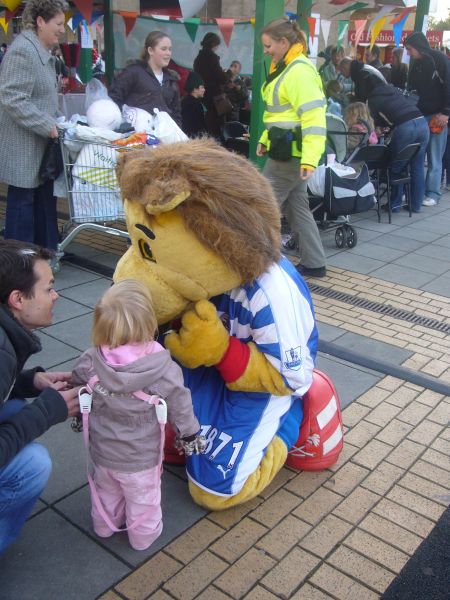 We always said there wasn't much point taking Elizabeth to Disney till she was about 5.

Oh well. Photos from the holiday are up seperately, under the other stuff/trips/florida.

Or cut and paste this...
http://www.betterthanwork.co.uk/index.php?f=101 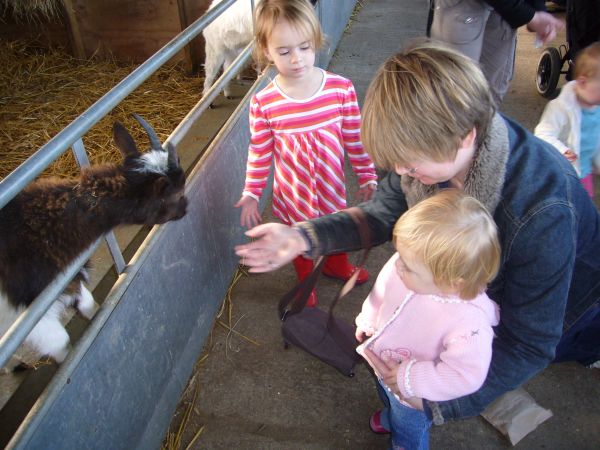 A day out at Odds Farm park with Anne Marie, Chantelle and her two childern Ruth and Sian. This is Ruth in the picture, and you can just about see Sian at the back! 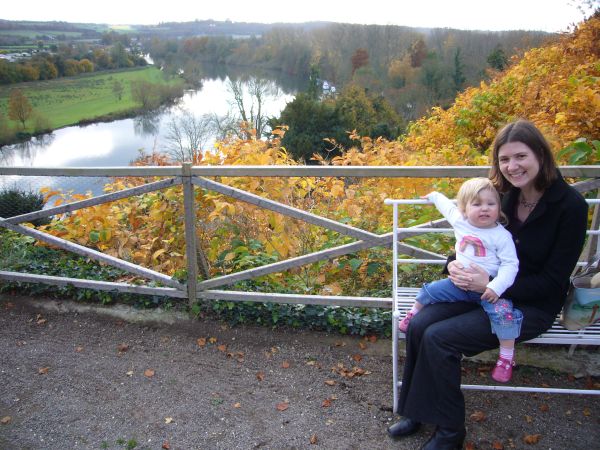 Last Christmas I gave Clare a tea for two at Danesfield House. We finally got round to going! Very nice it was too, with great views from the gardens. 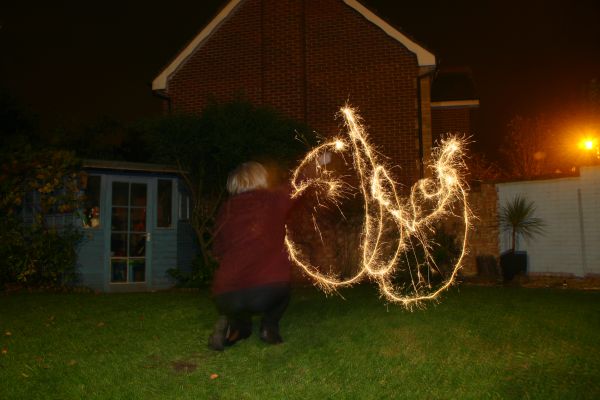 This is Nanna Denley's attempt at spelling Elizabeth. 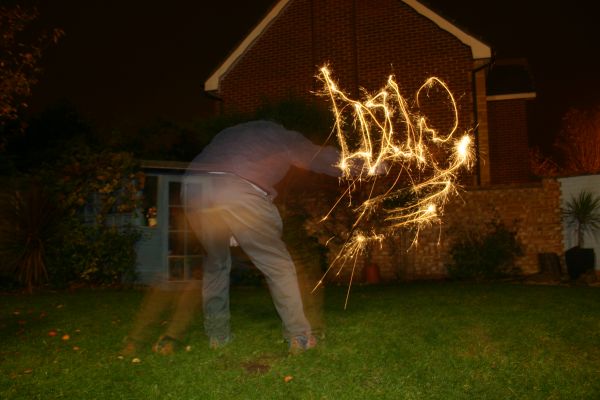 We had fireworks night a bit early this year. This is Pops Denley's attempt at spelling Elizabeth with a sparkler.

Whenever we asked Elizabeth if she wanted another firework she said no, but if we set it off anyway she clapped and cheered when it finished! 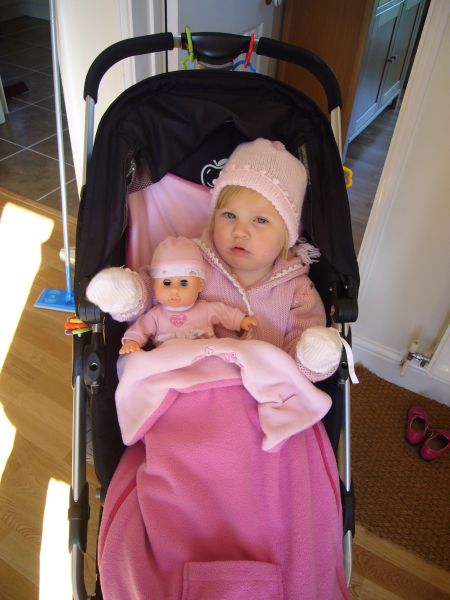 This is Sophie, one of Elizabeth's dolls which she is now very attached to.