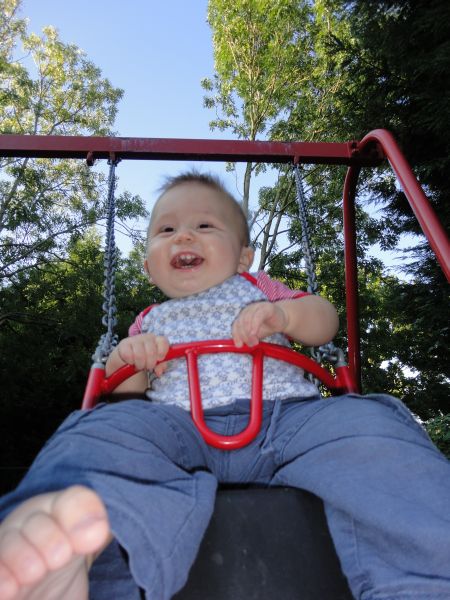 Jonathan has decided he love the swings, and it's tricky to get him off! 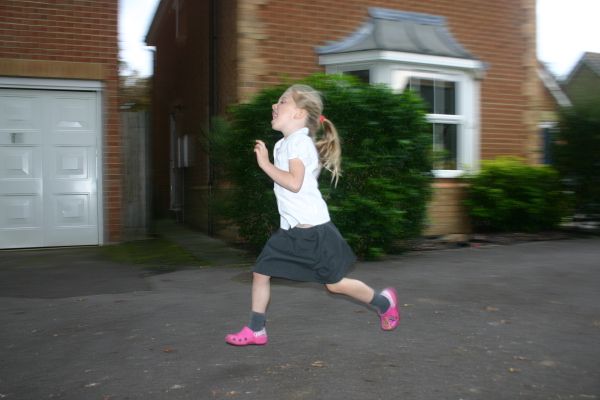 Elizabeth keeps saying she wants to come running with me, but then says she's tired after 5 minutes of walking round the shops. She did run up and down the drive a few times at top speed though! 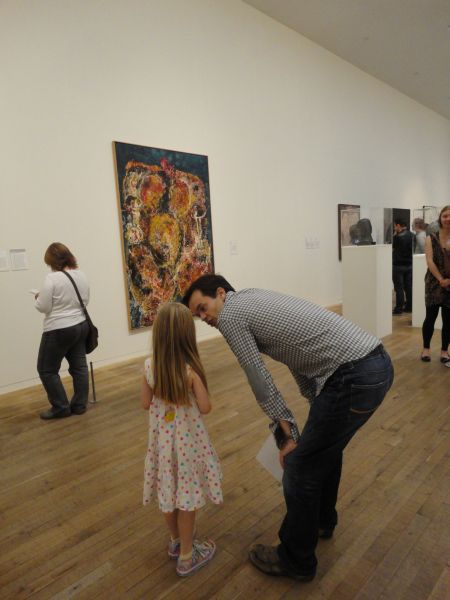 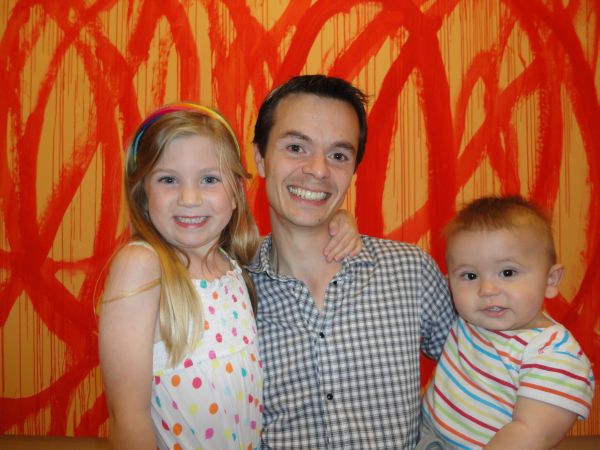 After the gorilla run (and after a shower for me!) we went for a bit of a culture at the Tate Modern. We only walked around one floor, but I'm not sure any of us really 'got' it? In the photo, I'm asking Elizabeth what she thinks of the painting, and whether she thought she could do it. In the second photo we are in front of one of a set of 3 enormous paintings that took up a whole room, that were entirely swirls of red paint. 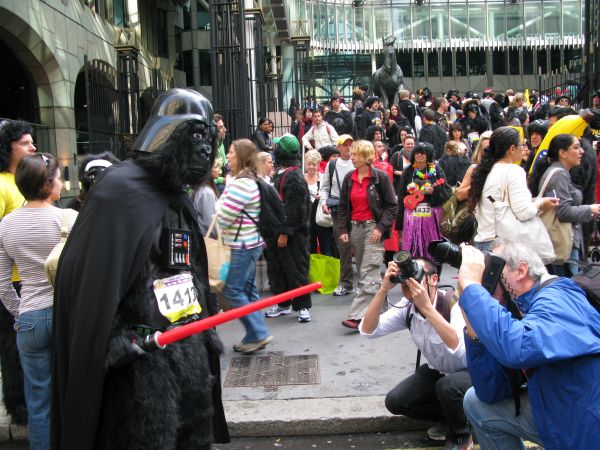 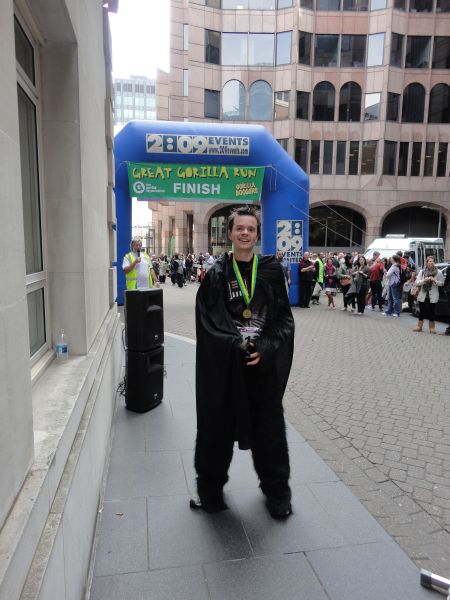 It was an amazing day that I really enjoyed. Shame about the costume issues, but I'll remember it for ever. I got a bit mobbed by photographers at the start, and thought I might have been in with a chance of best dressed gorilla! I got beaten by a punk gorilla though...

I'd love to do it again next year if I can without having to raise the sponsorship again! Thanks to everyone who sponsored me, and especially those who came into London to cheer me and the other 450 or so gorillas along. 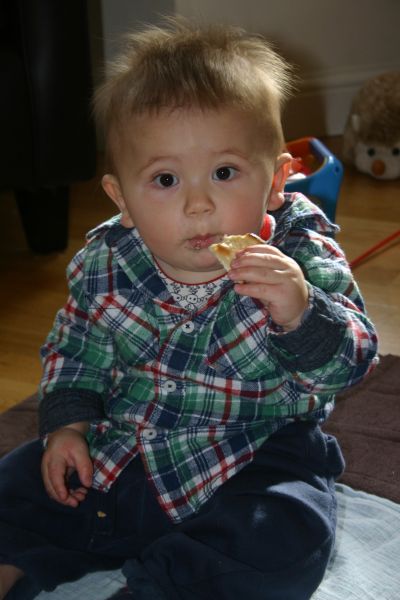 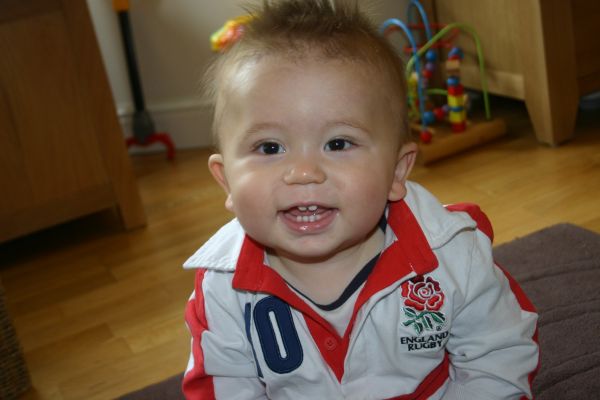 Just for a change, an England shirt! 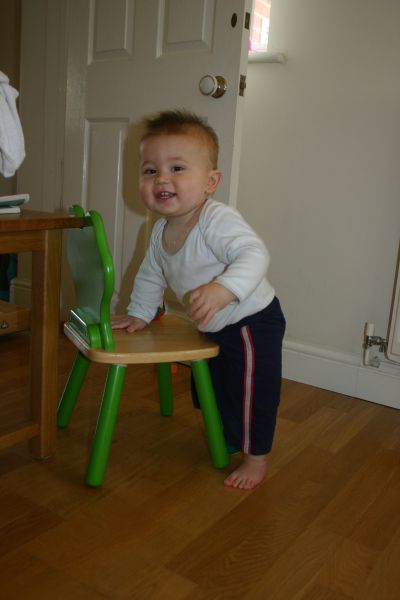 Jonathan has finally got the hang of pulling himself up on things, and looks very pleased with himself too. 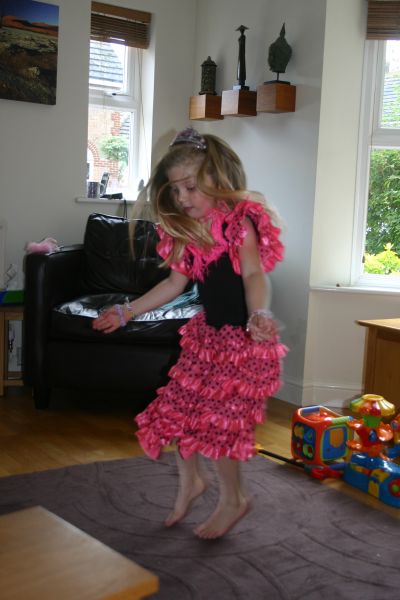 Elizabeth doesn't dance anywhere near as much as she used to, but she still has the odd boogy now and then. She is giving up ballet too! Something had to give out of the 6 classes a week she was doing. 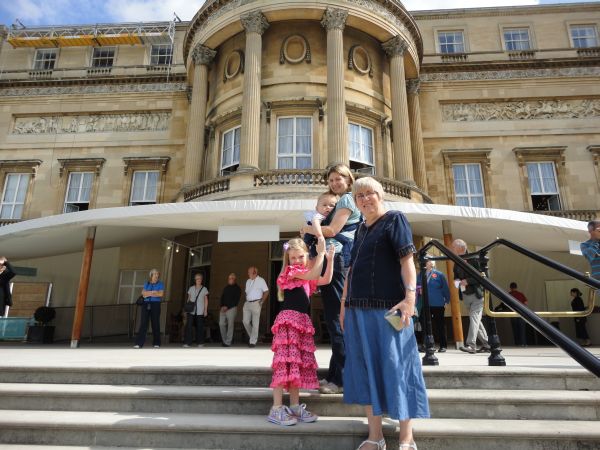 Clare, Anne Marie, Dilys and the kids went off to Buckingham Palace for the day. Luckily Jonathan behaved himself for the 2 hours he had to be carried through. Well, he slept anyway.