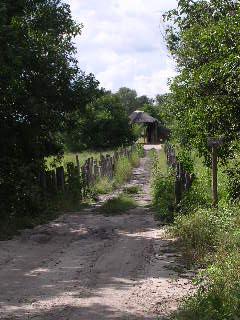 This is a bridge in Moremi national park, that spans the river Khwai.

Nobody has given it the obvious name. 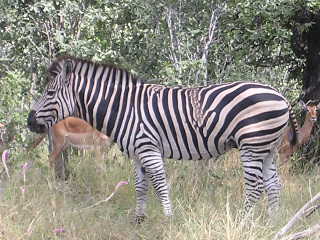 now you can compare it to that crawshays one! 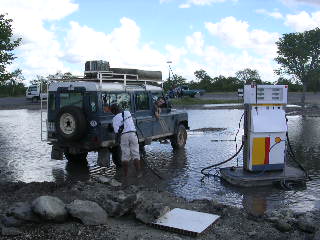 As you have probably gathered by now, Botswana is rather wet at the moment. Someone told us it is the worst floods for 30 years! 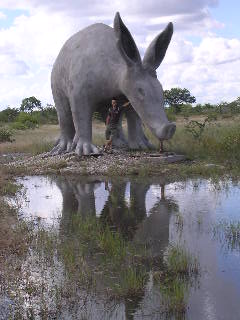 We would love to see an aardvark, but haven't so far. We will have to make do with this giant concrete one. It marks the turning to what would be a lovely place to stay, if it wasn't totally flooded! 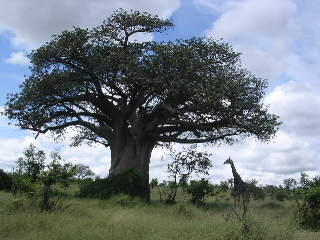 You can see the size of it from that giraffe underneath... 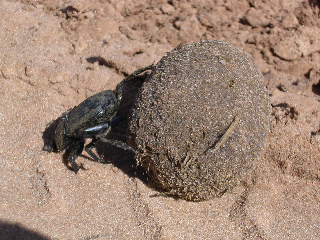 We are always having to drive around dung beetles in the road. There are thousands of them. They do a very worthwhile job though, clearing up tonnes of the stuff every day. 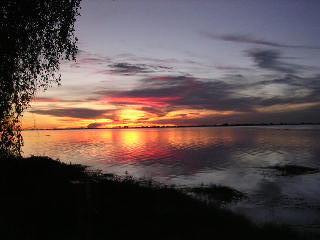 Once we had escaped from Savuti camp we moved to Ihaha camp in the more touristy area. WE arrived just in time for sunset. UNfortunately that meant cooking in the dark, with lots of baboons around. THey were more intent on going to sleep than eating our food though.

IN the middle of the night we were woken up by two elephants. ONe was munching on the tree we were parked under, and the other taking a dip in the river a few metres away. Woke the baboons up too! 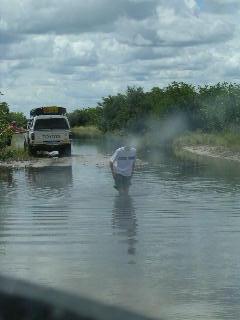 After entering Chobe national park we thought we would go and stay at Savuti camp, a bit away from all the other tourists. There was a good reason why nobody else went there though! THis was the road coming out. Luckily we had another car to go in convoy with, and we made it after 3 hours of driving, through water that was well over my knees in places (as you can see). One of the pools in the road was so big a hippo was living in it! 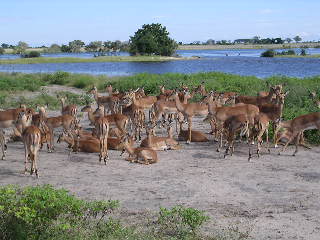 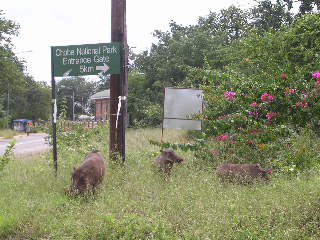 We hardly saw any in the park, but these 3 seemed quite happy living in the nearby town, running around the roads.