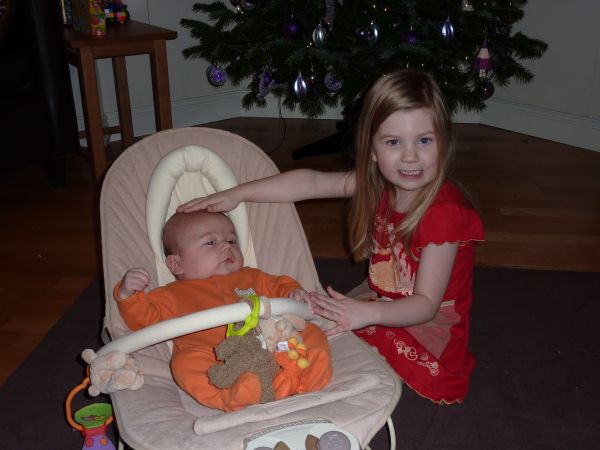 We had no intention of staying up till midnight and just went to bed as normal. Jonathan had other ideas though, and I was still up at midnight. 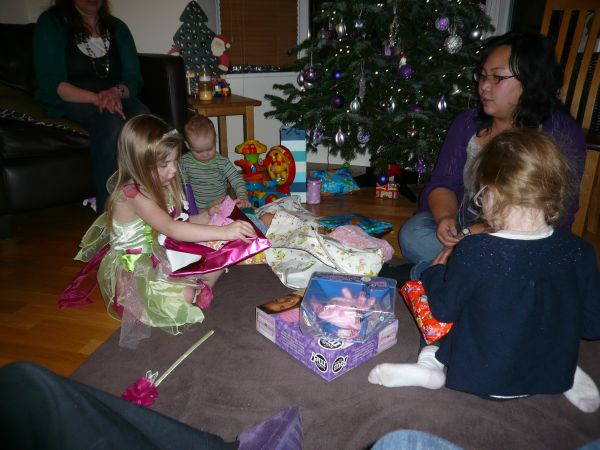 We failed to get all our friends over on one day this year, so we are having two small get togethers. This was number 1... 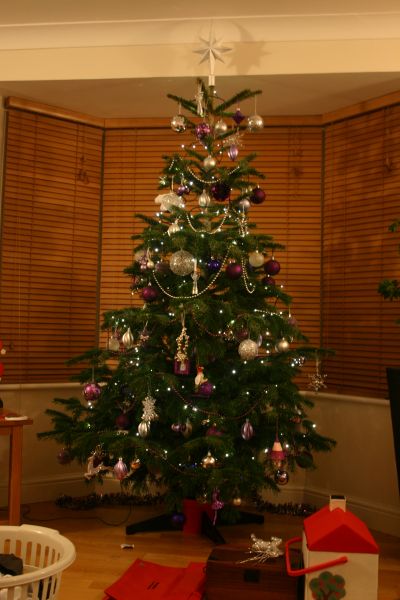 We've had a purple and silver themed tree for years now, and keep adding more baubles and hanging things every year. There are well over 100 now! I think we are stuck with this colour scheme for a while... 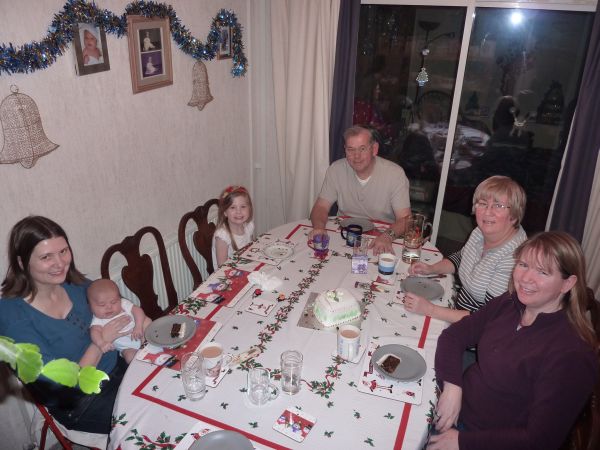 We set off for Wales on boxing day, and got there in time for Christmas lunch number 2. 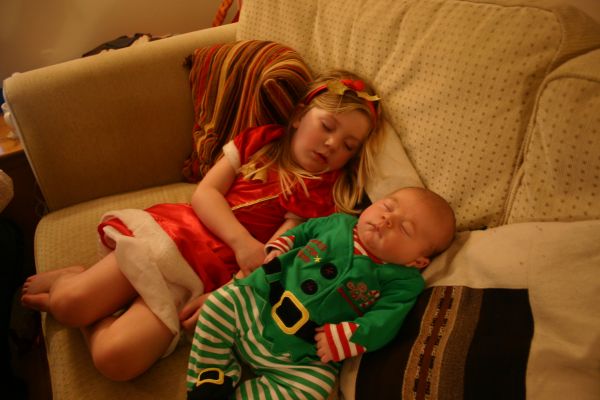 Elizabeth has not had a nap during the day for a long time, but a couple of late nights and an exciting day took their toll. 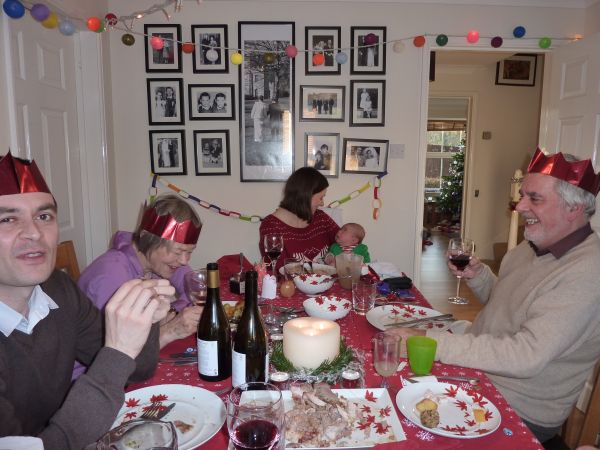 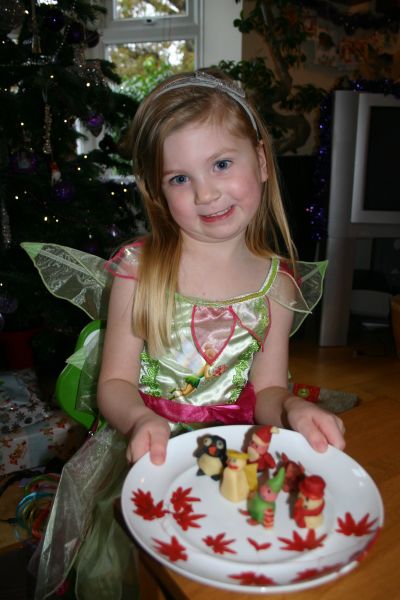 Elizabeth's present to the Humphries family was these Marzipan animals and people she made (with a little help from her dad). Very tasty they were too. 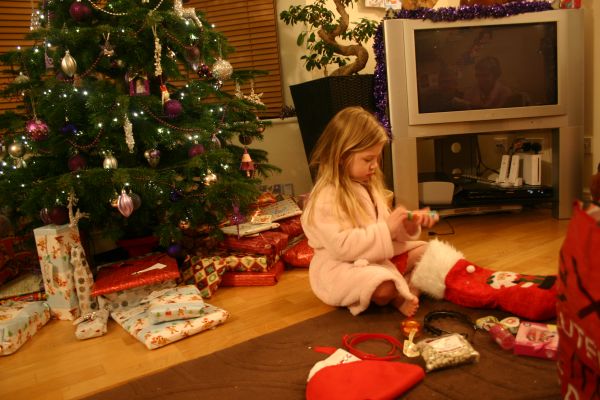 Elizabeth was very excited about Christmas this year, but she still didn't get up till 7. All she asked Santa for was a Tinkerbell dress and some yoghurt coated raisins!

As last year she still needed persuading to open her presents. I'd imagine this is pretty rare for a 4/5 year old! She ended up saving some for boxing day (and then saving some of those for when we got back from Wales) 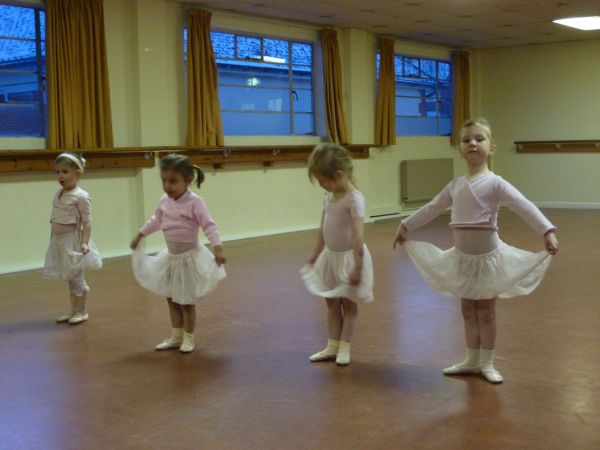 Elizabeth has given up her tap lessons, but is still loving Ballet and Jazz. Doesn't she look graceful? 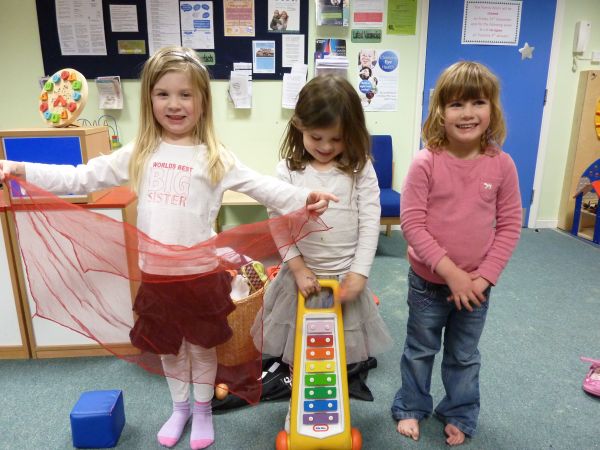 Elizabeth's last ever day at her pre school. She didn't seem too sad really, and is looking forward to going to school after Christmas. 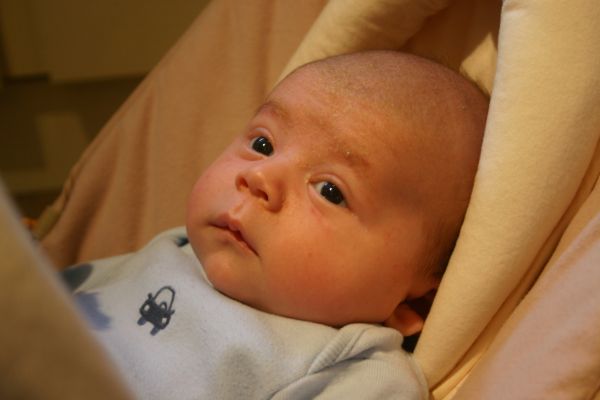 No surprises this time. Jonathan is definitely brown eyed and brown haired just like his mum and dad. 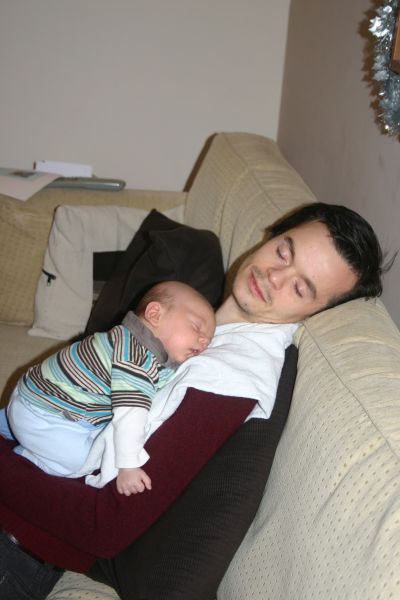 Jonathan has generally slept pretty well, but there are still occasions when you just need a nap during the day... 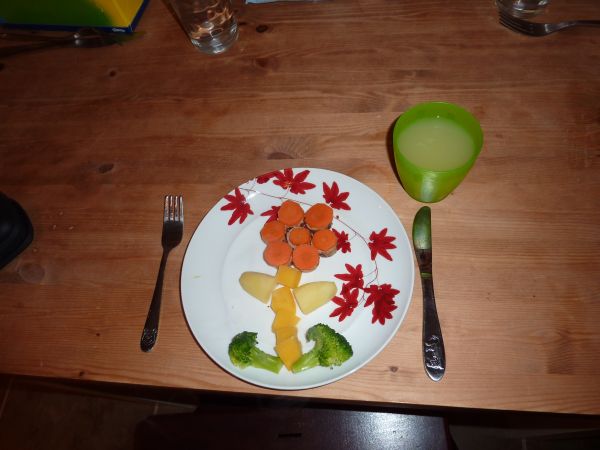 I think this is our best dinner picture ever! 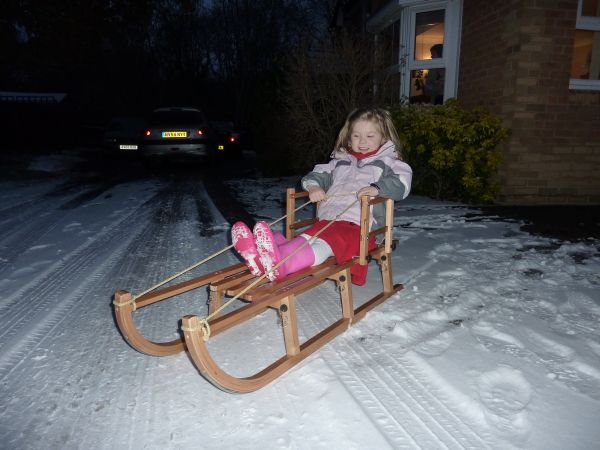 Somehow everywhere around Reading got loads of snow, but it missed us out. We only got a couple of inches at most. It was just about enough to get our new sledge out though, and give it a try!