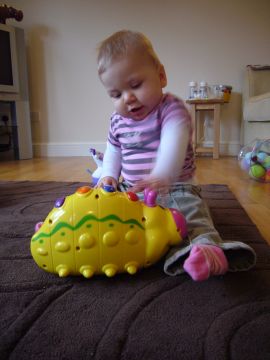 Playing with one of her many Christmas presents. 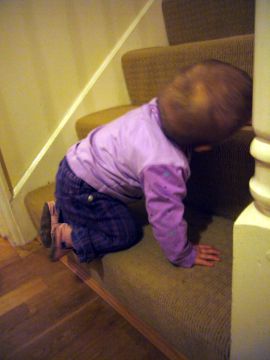 I think we need a stair gate at the bottom of the stairs as well now!

Elizabeth is off everywhere now! Getting into everything she shouldn't, and usually laughing while she does it... 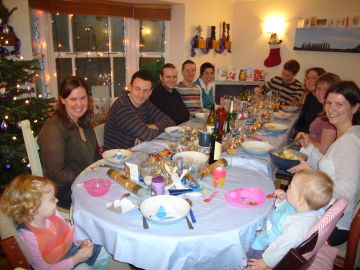 Our annual Christmas party, now with the meal in the afternoon so that Elizabeth and Emma could attend. 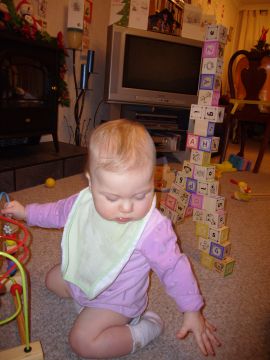 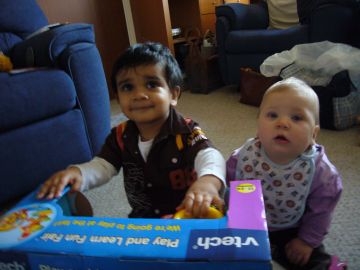 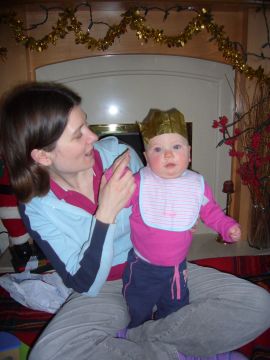 It didn't stay on long. 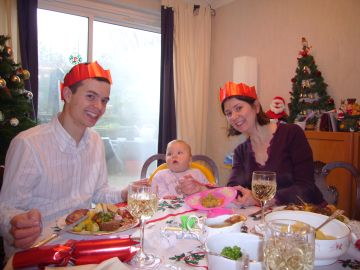 She did eat a bit of turkey and sprouts (and cracker, and tablecloth) 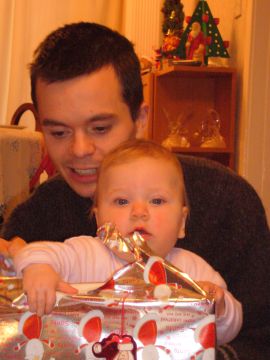 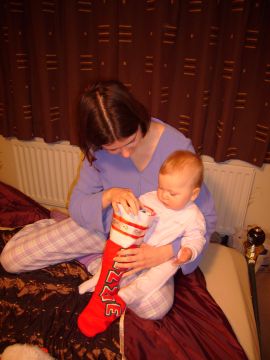 We weren't up too early. Elizabeth was teething throughout Christmas, so we didn't sleep too well! 3 new teeth in a week... 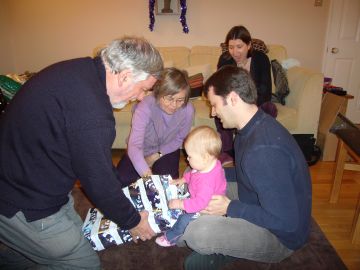 Elizabeth did tear the presents open with a bit of help, then ate the paper. 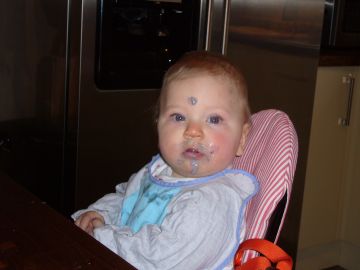 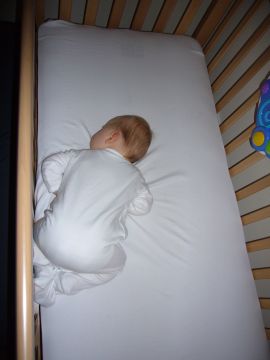 Now that Elizabeth is more mobile she sleeps in whatever position she likes, and this is the one she chooses most nights! 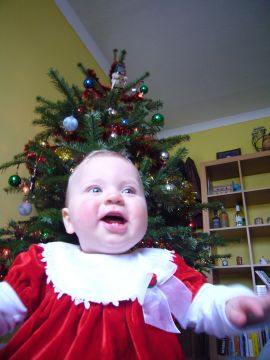 Well, not quite yet. Time to put the decorations up at Aunty Anne marie's though. 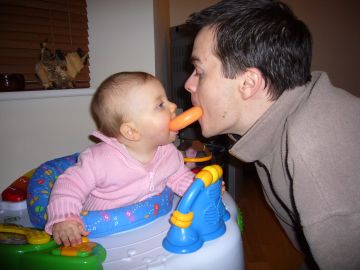 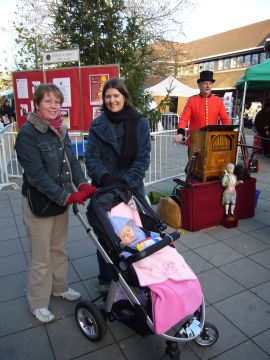 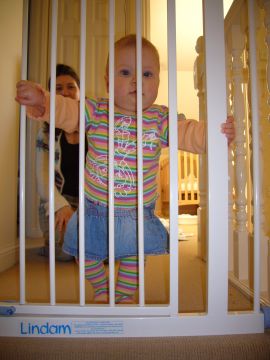 We've had to start putting all the safety bits in now she is moving around so much...