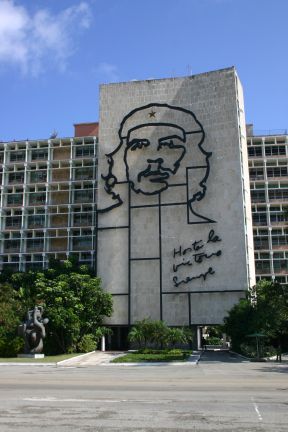 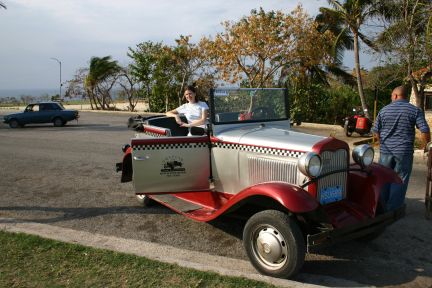 You don't get taxis like this in the UK! 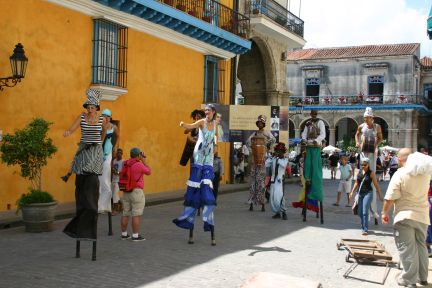 This group walk around the old town on stilts every day playing music and entertaining people. 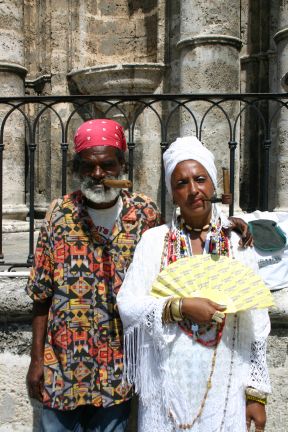 We saw quite a few people who seemed to make a living from smoking big cigars. Take their picture, give them a peso. They must make quite a bit in a day! I couldn't resist these two... 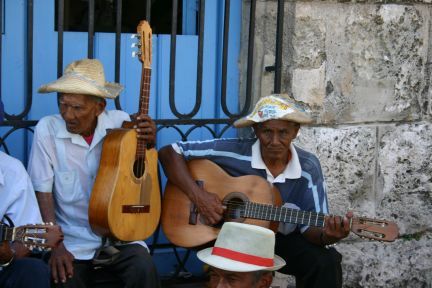 There was live music everywhere in Havana. Every resteraunt, bar, cafe and hotel had a band. Not just in the evenings either. They would play throughout the day, and as we walked around the old town we often stopped by one to listen for a while. 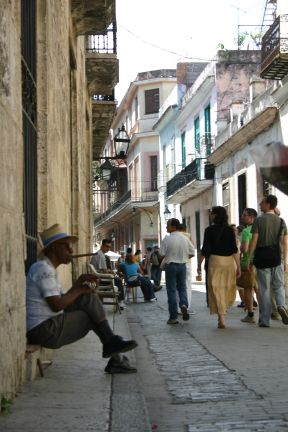 The Cubans do like their cigars. Far more people smoke cigarettes though. I guess cigars are too expensive for most of the Cuban people. Fidel's recent smoking ban doesn't seem to have made much difference from what we saw! 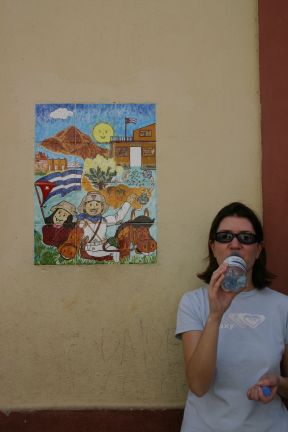 This was on one of the pedestrian streets we walked down every day. 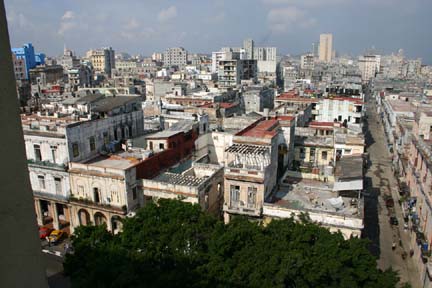 Unfortunately Havana isn't all nicely restored old buildings. The vast majority of it is old buildings on the verge of falling apart. 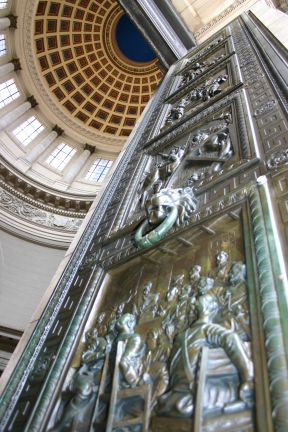 The carved front door and dome 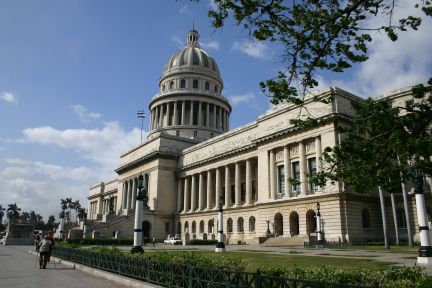 The Capitolio Nacional was built as a replica of the white house while the US ran Cuba. It is no longer used. 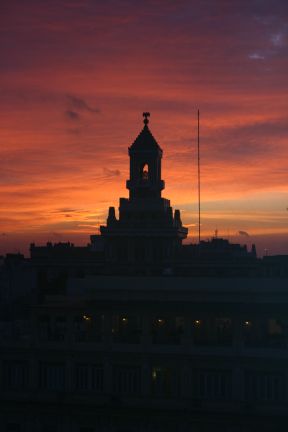 You might be able to make out the bat symbol that they use on their bottles on top of the building. 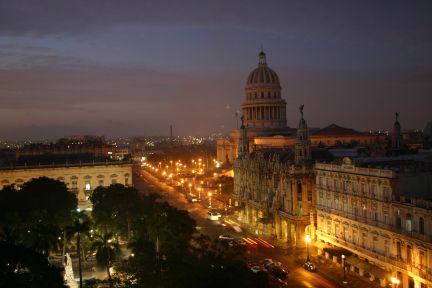 Taken from the top of our hotel. 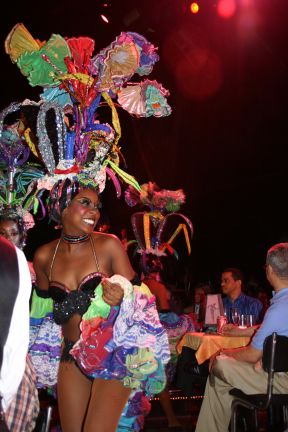 The famous Club Tropicana night club, which has been going for 66 years. Not many night clubs where you get a bottle of rum and a cigar as part of your entrance! 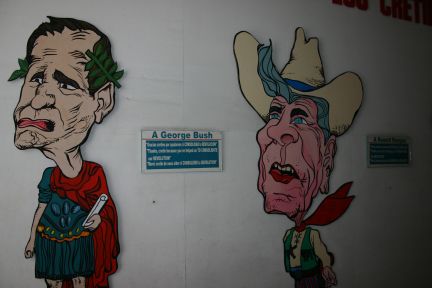 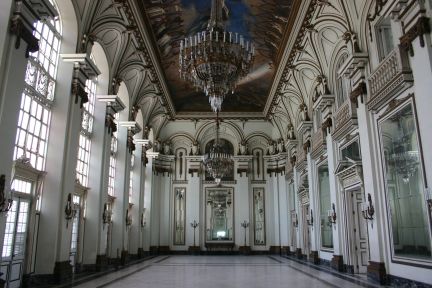 The palace is now the museum of the revolution. It's incredibly grand inside. 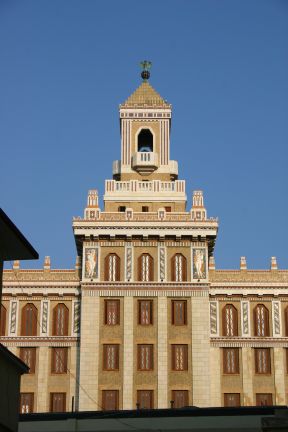 Owned by the family who made their money from their rum. They have been exciled now though. 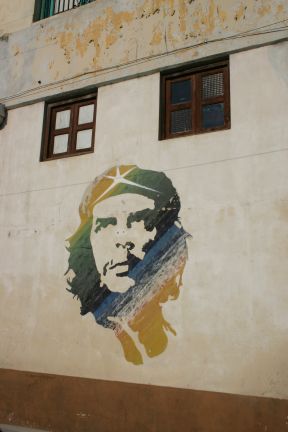 We expected to see quite a few pictures of Che Guavara around, but there weren't that many. This was the best we saw. 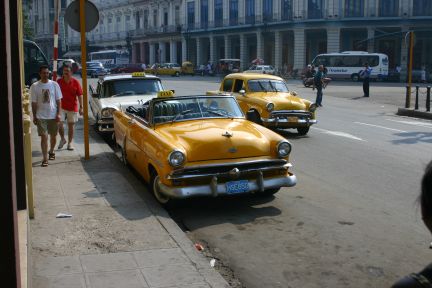 There were some nice old American cars around, but I think they are just kept going for the tourists benefit now! 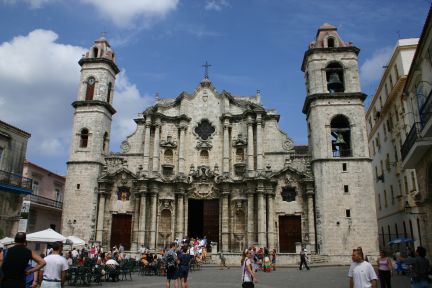 with it's lopsided towers 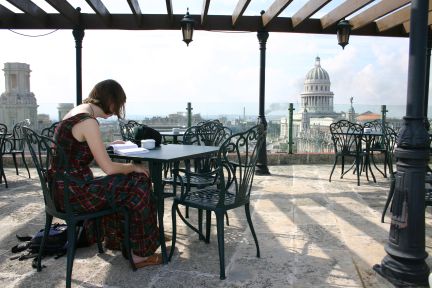