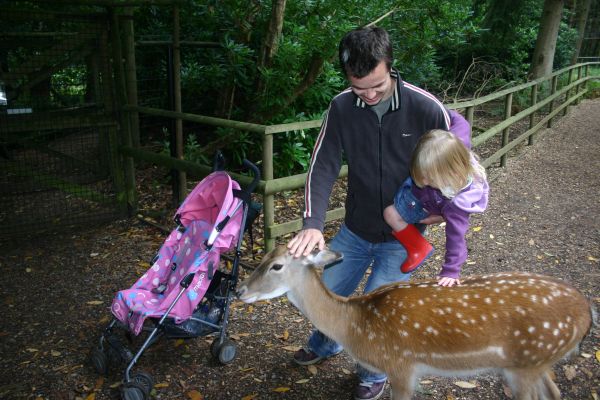 We visited the Otter, Owl and wildlife park in the New Forest, and one of the enclosures had a very friendly deer in it. Not often you get to stroke a deer! It was very interested in trying to chew anything it could get near. Shoe laces were a favourite. 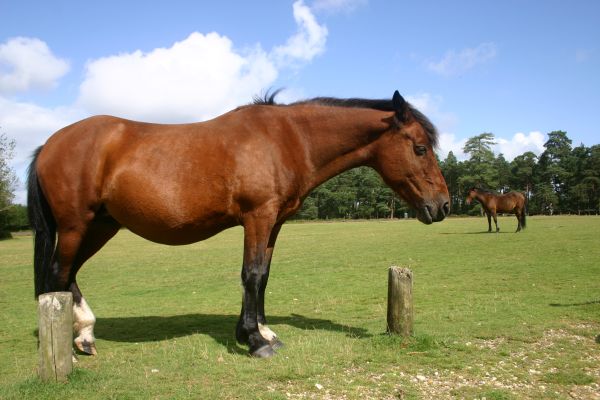 We had a lovely drive round the forest pony spotting, and a nice picnic too even though the weather wasn't that great. 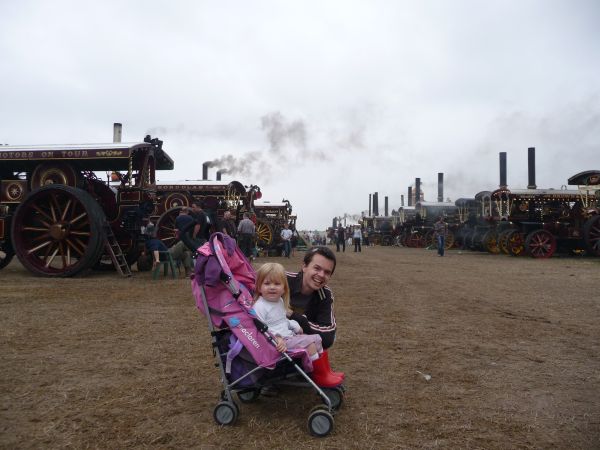 We weren't sure what to do today, so after a swim in the morning we thought we'd head out for a wander round Dorset Steam Fair. We severly underestimated the size of it! The showground was 600 acres! It took us an hour and a half to walk from one side to the other. Another great day out. 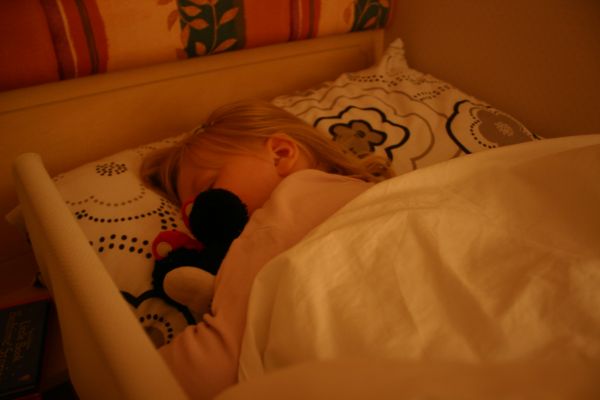 As the caravan we rented didn't have room for a cot, Elizabeth slept in a big bed for the first time. We had been thinking of moving her out of the cot at home soon anyway. All went well. Mostly. 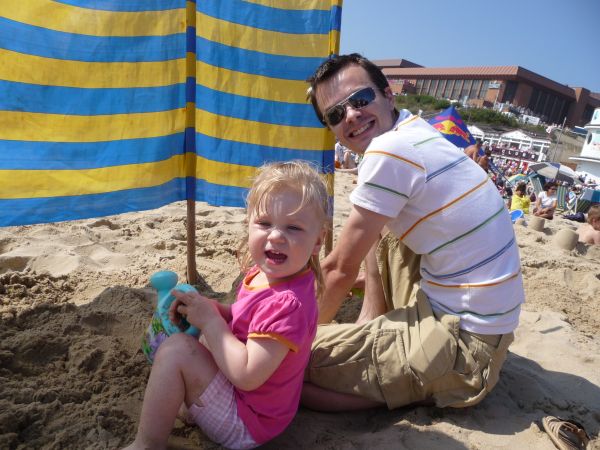 The wind break was just to create a bit of shade for a change, not keep the wind off!

One of the reasons for going this weekend was so we could see some of the air show. Neither of us are particularly into planes, but with the great weather we had on Saturday it was fantastic. We sat on the beach in the sun, had a picnic, played in the sand, and all the while planes were flying past. They started the day with the red arrows, who were amazing. All for free too! 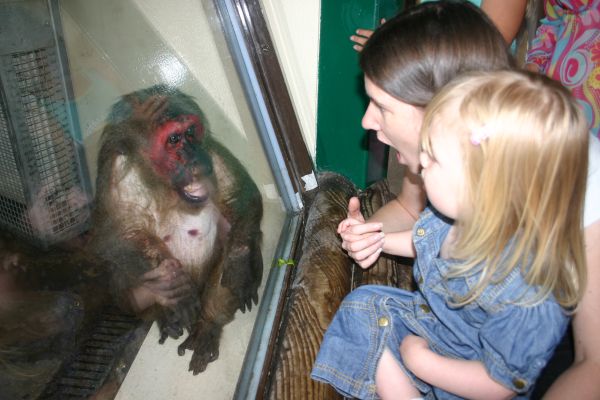 We took Elizabeth to Monkey world almost exactly a year ago, but she enjoyed it a lot mroe this time. She kept saying "Hello Monkey. Come see Elizabeth", and this one did. Clare looks very surprised!