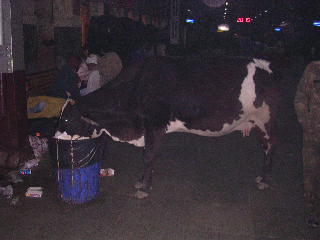 Cows wander freely around all 3 cities that we visited in India. They are considered sacred by the Hindus, so they don't get eaten. They do get fed by people, but they also scavenge. A cow eating from a bin on a train station just doesn't seem right! 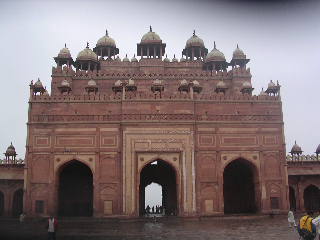 Once upon a time an emporer decided to build a great new city called Fatepur Sikri. It was very, very grand. The photo is of the main gate to the mosque in the city.

Unfortunately, the emporer overlooked one thing. There was no water!

So the city was abandoned after about 25 years. 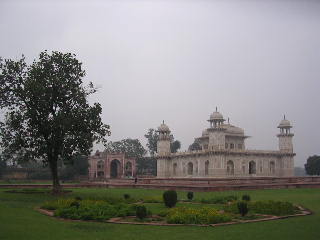 Another tomb in Agra, built just before the Taj, and known locally as baby Taj. Even more decorative close up, but doesn't quite have any of the grandeur of the real thing. 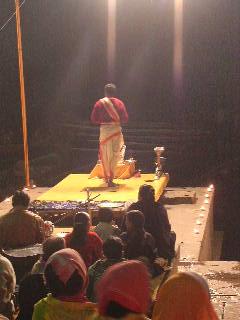 At the main ghat (steps down to the river) in Varanasi. 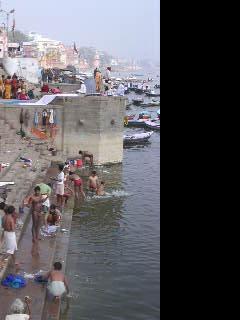 This is at Varanasi, one of the holiest cities in India. 60000 people a day come to bath in the 7km stretch of water that flows through the city, and wash away their sins. There are also 30 sewers flowing into it on that same stretch. At the end it is totally septic, and has 3000 times the limit of faecal bacteria for bathing, never mind drinking it! (which we saw some people doing).

They also burn their dead here, which ensures a path straight to heaven and a release from the cycle of rebirth. 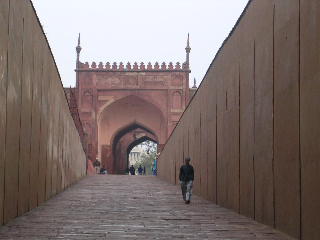 We visited a red fort in delhi, but there is one at Agra as well, that is even bigger and more grand. More of a palace than a fort really 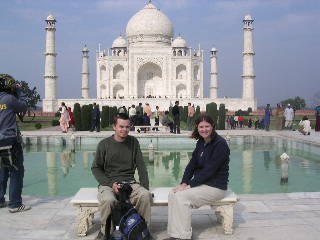 The Taj Mahal was a tomb for the emperors wife. A monument to love. He planned to build a mirror image black Taj mahal on the other side of the river for his tomb, but he was deposed by his son before he got very far (the foundations have been found), and imprisoned in the red fort where he could see the Taj down the river.

It took a ridiculous amount of man hours to build, and cost about 60 million dollars in todays money. Once completed the main artists had their hands or thumbs chopped off so they couldn't make another work of such beauty (don;t ask how he oplanned to build the black one then, we don't know). 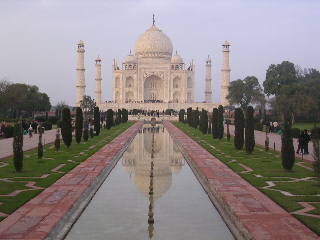 Something that lived up to its reputation. It rained and it was cloudy while we were at Agra. While we were eating lunch the sun suddenly came out, so we wolfed it down and got there as fast as we could. 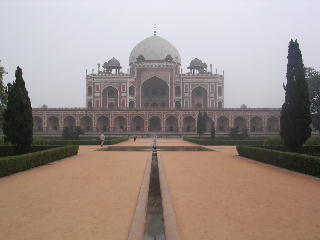 The pre-runner to the Taj. Nice! 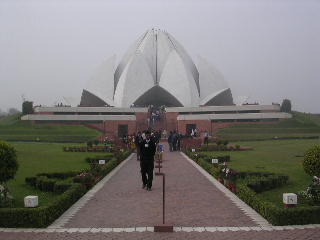 You learn something new every day. Today we went to a temple of the Bahai religion, which has temples, conventions, welfare projects etc all over the world. It is quite a new religion, only 200 years old. The temples must be 9 sided, and this particular one represented the sacred lotus flower. 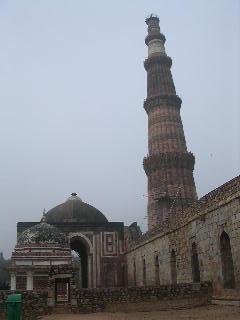 We arrived in Delhi, and somehow managed to make it to our hotel in one piece (the driving here is the worst so far I think - and thats saying something!)

We booked a car and driver for the next day for a whistle stop tour of Delhi. This was our first stop - Qutb Minar. A 72m (now slightly leaning) tower which was constructed in 1193. Made of red sandstone and marble, carved and inscribed, both circular and square, quite beautiful really.