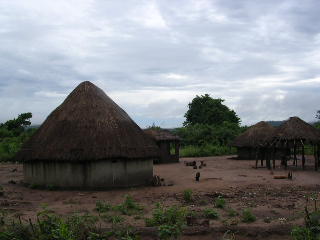 We departed the beach after that, sticking to the one 'highway' North to Malawi, passing lots of villages and towns on the way. The highway did have potholes big enough to fall into at some points, but was mostly OK. 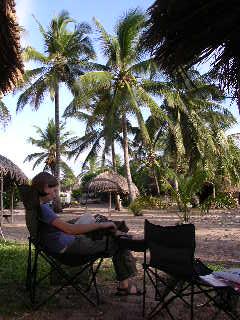 Our next stop was in Vilankulo, a bit further up the coast. Not the perfect weather for beaches as it rained most days, but nice stops none the less. 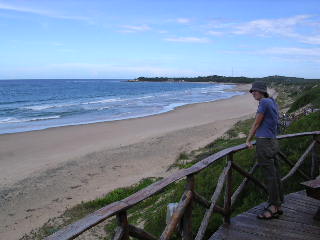 We were mainly using Mozambique as a quick route between south africa and Malawi. Much better than going through Zimbabwe, and a lot shorter than going all the way back through SA and botswana.

Anyway, the main attraction in Mozambique is its beaches. This was our first beach stop, in a place called Tofo. We stayed at a great camp, with a bar on top of a sand dune overlooking the sea.