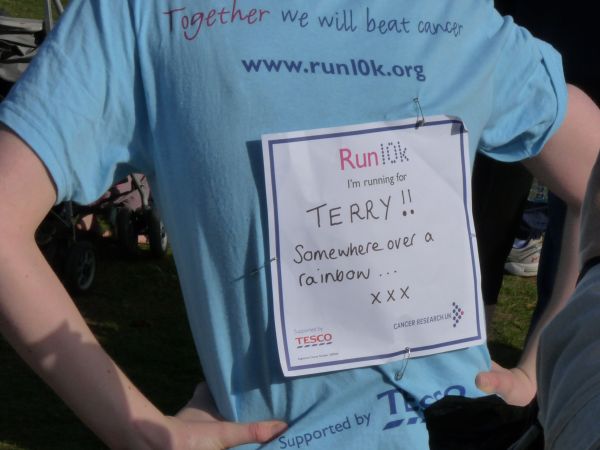 Jo originally signed up for the run, and I followed suit. Thanks to Jo for inspiring me to run! I've enjoyed it, and I'm already thinking about the next one. 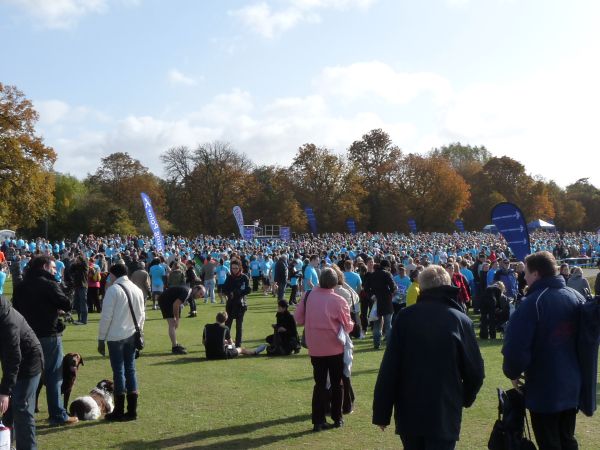 There was a great warm up at the start, even if we did find it a bit tiring! Gives you an idea of how many people were running - about 2000 in all. 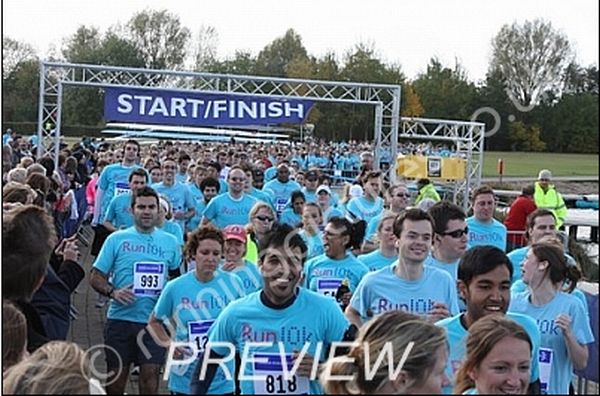 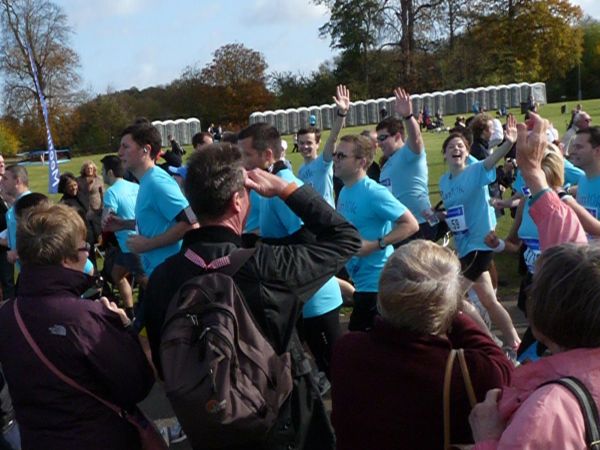 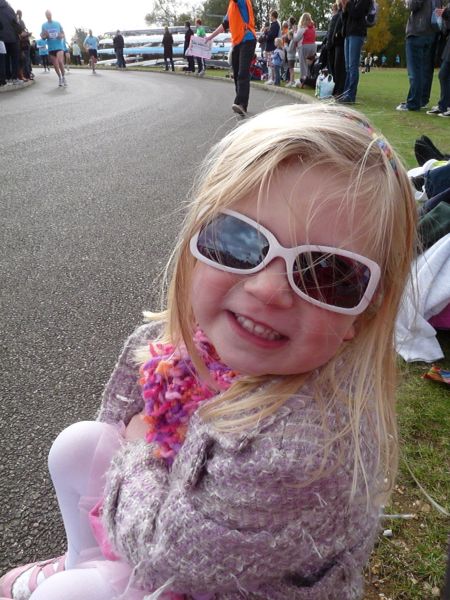 There was quite a wind, and the first half of the second lap was hard work. Turning the top corner was a happy moment, and I started to think maybe I could speed up for the last km. When I got to 9km though, there was no chance! I managed to speed up for the last 50m or so, trying to get to the line in 55 mins. I failed, and finished in 55:05, which I was pretty happy with after working through the crowds at the start. 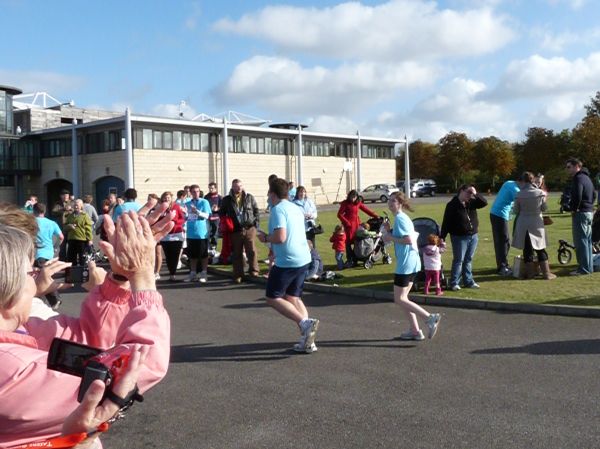 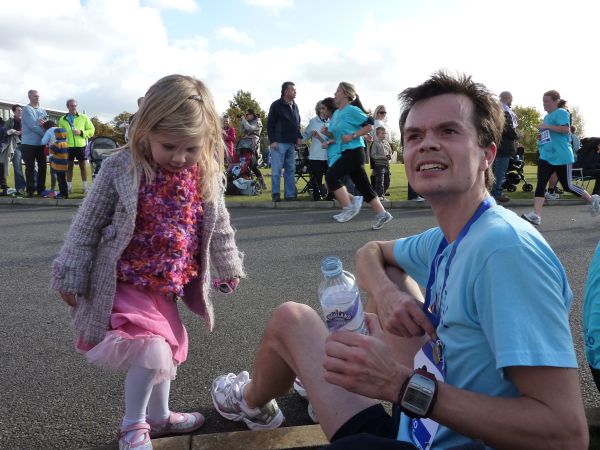 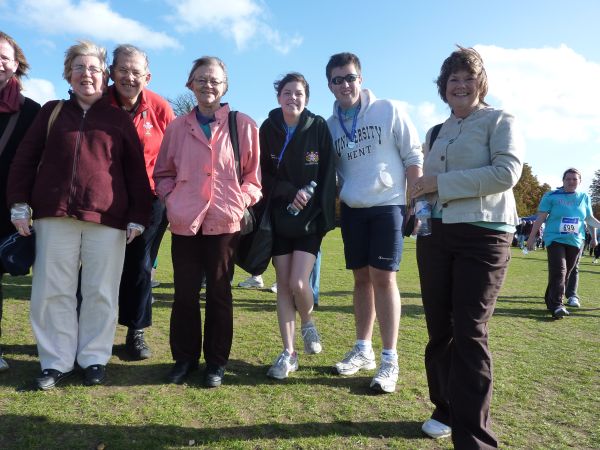 We had quite a few people cheering us on! Elizabeth took this photo, and managed to frame it pretty well! Anne Marie is just at the side of the photo, and Clare was there too. 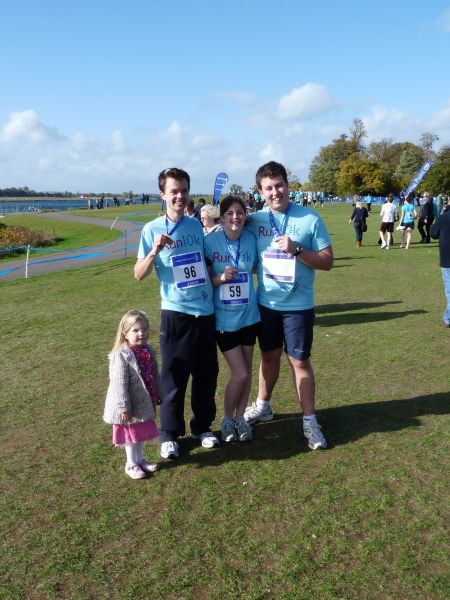 We were all happy to finish!