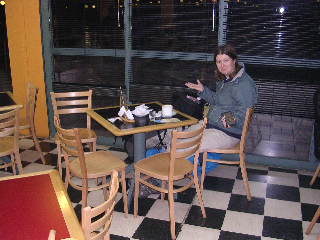 Here is Clare, just after realising that her bag was missing. If you can see it in the picture let us know. 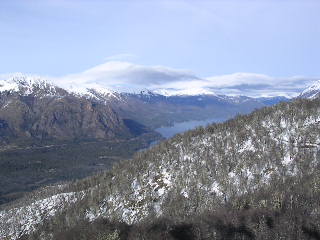 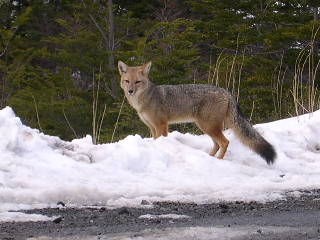 Next to the black Glacier. He was quite friendly. Must be used to being fed by the tourists. 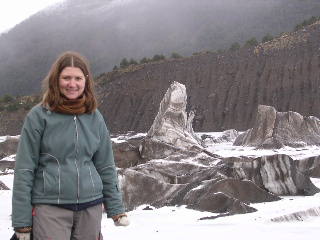 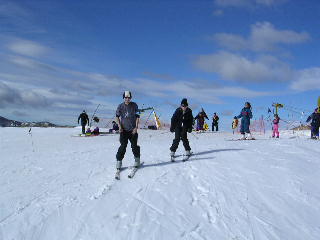 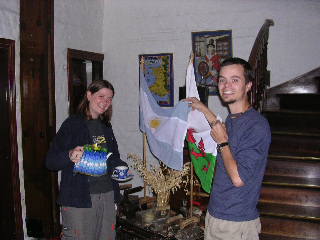 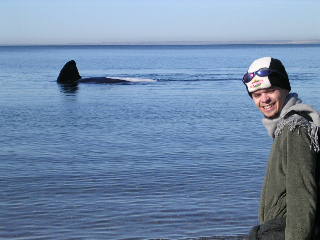 The day after our whale watching trip we went to a beach where the whales just hang around about 30 metres from the shore. We were told it is the best place in the world for watching whales from land, but that was by the bloke that sold us the trip. It was pretty amazing. There were about a dozen of them, so close it looked like you could just wade out and touch them. 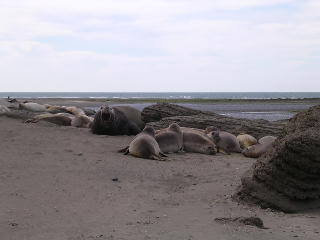 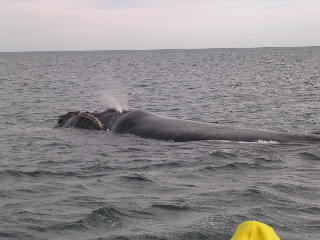 Loads and loads of them. We went on a whale watching trip, and were very lucky to get a totally calm day. We spoke to other people who went out in 6 foot waves. We were expecting to have to search for a whale for ages, but in fact we could see them from the shore before we had even set off. We spent about an hour and a half following various whales as they lounged about on the surface, often just lying on their backs for long periods.

The whales near Peninsula Valdes are Southern Right Whales. 2500 of the worlds population of 4000 are in the sea around here. They weigh up to 50 tonnes, and were pretty big! 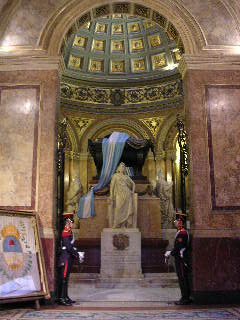 We ended up spending a few days in Buenos Aires, mainly because the hostel we were staying at was so nice and relaxing. It had a nice warm living room with a large selection of vides and a huge TV. Lots of friendly people staying and working there too, and a kitchen so we could cook some meals.

The cathedral was very impressive on the inside, with a huge gilted alter, and domed, decorated ceilings. This photo is of the tomb of the liberator, San Martin, who freed the country from Spanish rule. 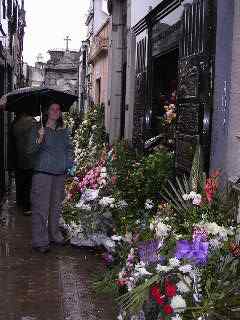 But we went anyway..... The markets weren't that good, but we did get to see Eva Perons grave (at a very impressive cemetary next to one of the markets). It turned out that the 26th July was the anniversary of her death, so there were loads of flowers all around her grave. 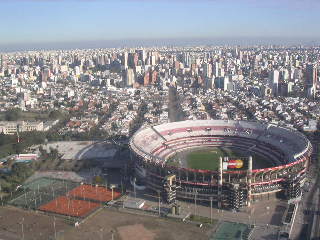 This is a view of Buenos Aires from the plane taken as we flew back from Iguazu.

We wanted to go and see some football while we were here to experience the atmosphere at Boca Juniors. Unfortunately they are currently in the US playing Man Utd (boo hiss), so no footy for us!!!! 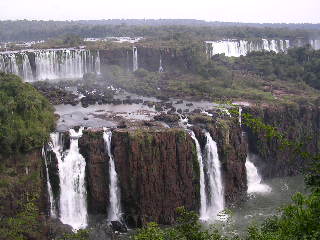 The falls are right on the border between Argentina, Brazil, and Paraguay. We stayed in a hotel on the Brazilian side, but as the passport control didn't stamp Brazil in our passports, we don't have any evidence that we have been there.

Except for this photo, taken from the brazilian side. 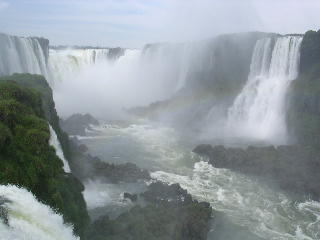 We decided to blow the budget and fly to Iguazu for a few days to see the Iguazu falls. They are 20m higher than Niagara and about 1 and 1/2 times as wide.

They are also in the middle of jungle, so the setting is spectacular.

Having seen both, I can say that Iguazu is better. There are so many waterfalls in addition to the main "devils mouth", 250 in total covering about 1 and 1/2 miles in width.