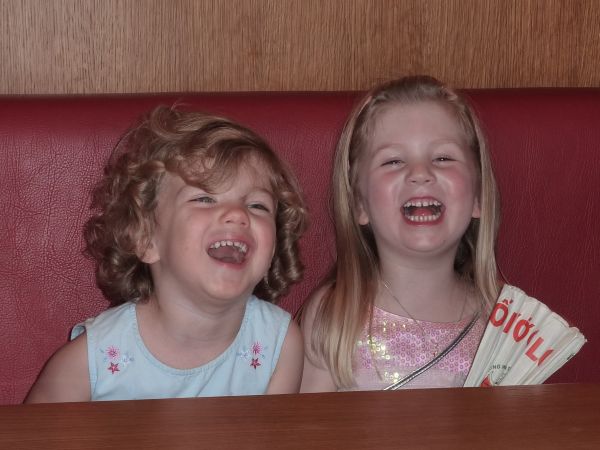 The reason we went to France, was to go to Stuart & Mel's wedding. Photos are here: 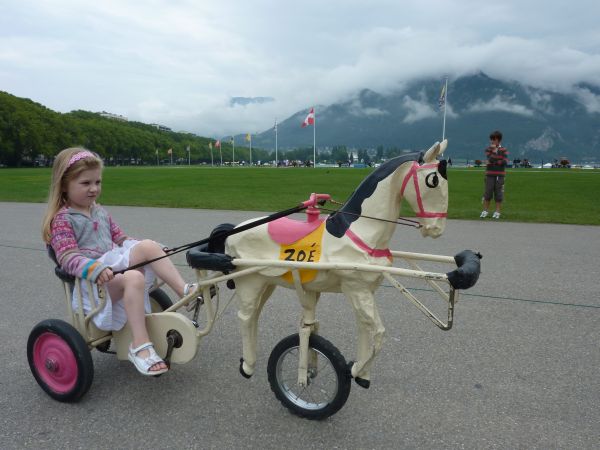 With the baby on the way, we aren't really having a big holiday this year. We did just have a lovely 5 days in France though. There are a few photos up here: 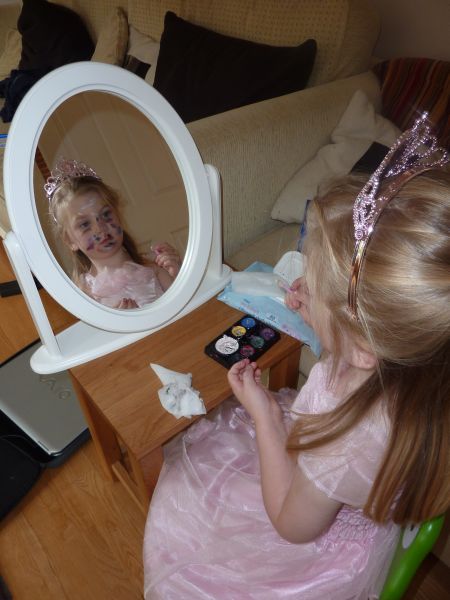 The face paints have run out now... 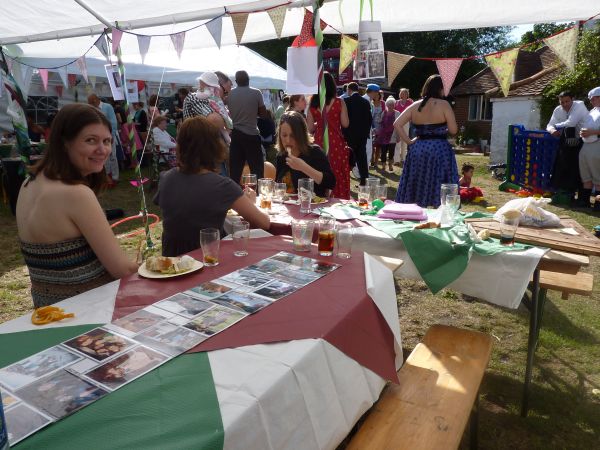 We were all invited to Sarah & Matt's combined birthday party. It was a fantastic garden party at their lovely cottage, complete with a bar in the double decker bus (you can just about see it in the pic), bouncy castle, coconut shy, homemade ice cream and a live band. 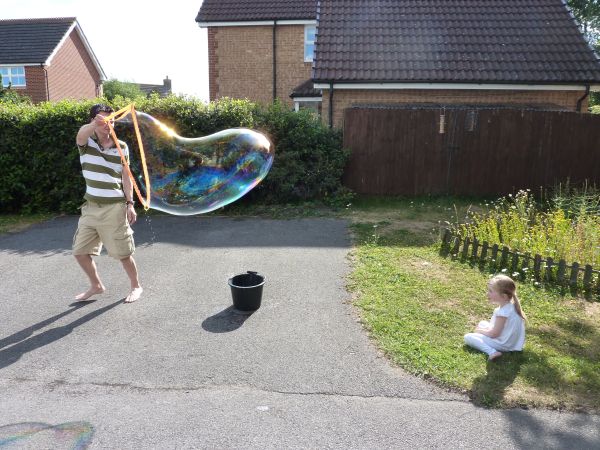 Had this for ages, and finally got it out to try! 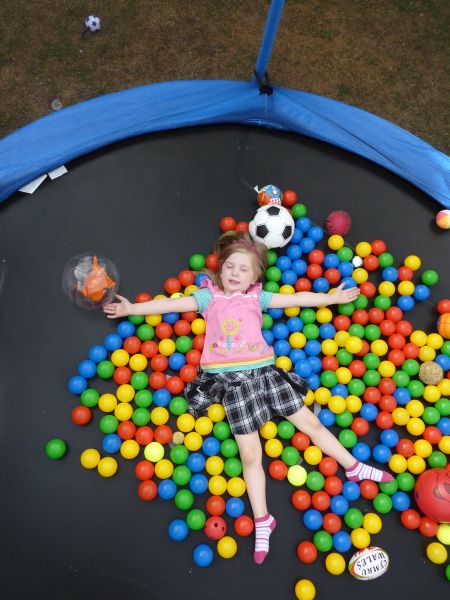 Elizabeth is loving her trampoline, and plays on it every day at the moment. 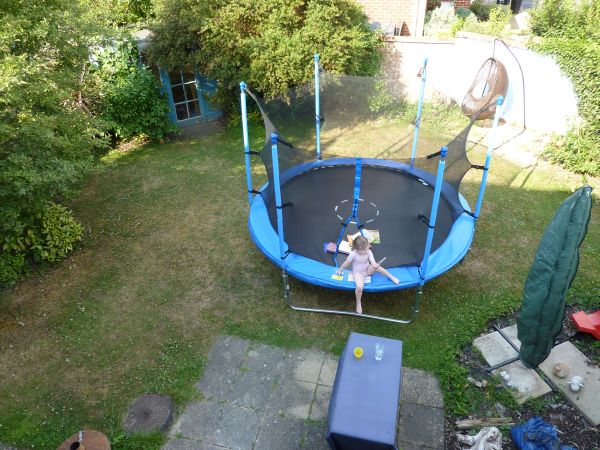 WARNING - items in your garden may appear larger than they did in the shop... 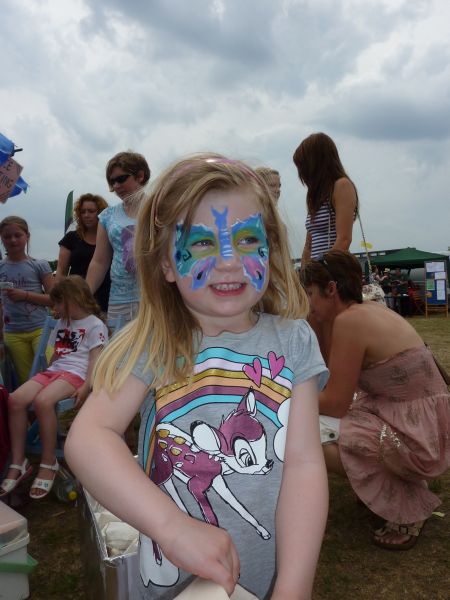 The 50th Woodley Carnival, and the first time Elizabeth has ever had her face (properly) painted. 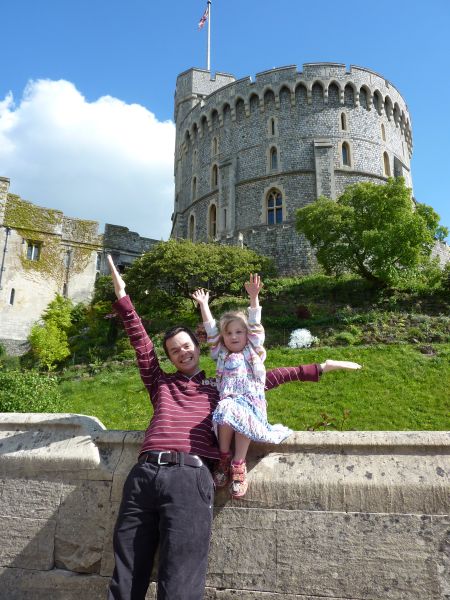 Went for a look around "the Queens Castle" in Windsor. Elizabeth enjoyed it a lot. When we entered a grand hall with guns and swords on the walls, she asked if the Queen uses them to kill people when they break into her house! After we had been in there about half an hour she whispered to us, "are we allowed to cough in here?" 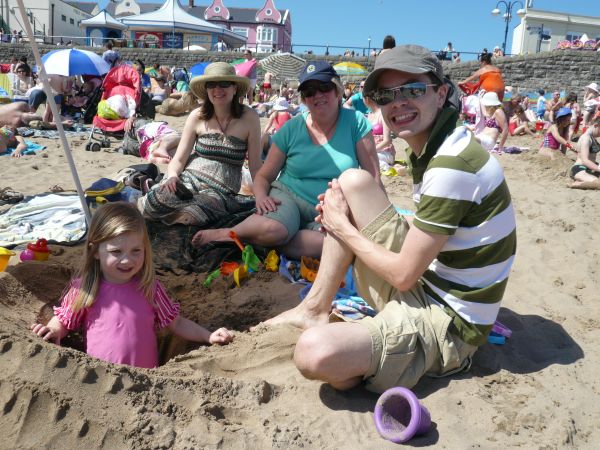 A lovely sunny day in Barry. 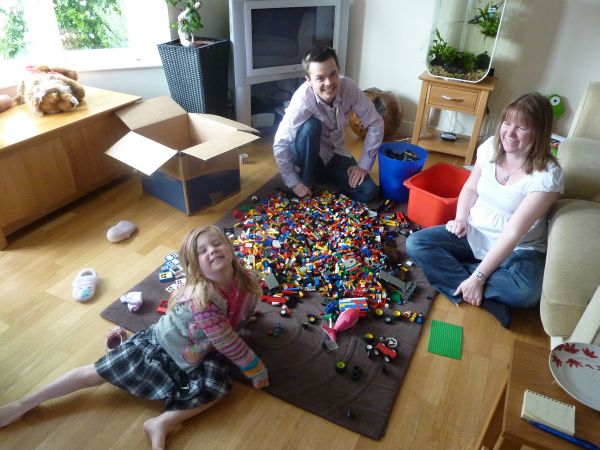 Elizabeth bought a small lego set at legoland, and enjoyed building it. I may have then got a bit carried away and bought a box of lego off ebay that weighs about as much as Elizabeth! 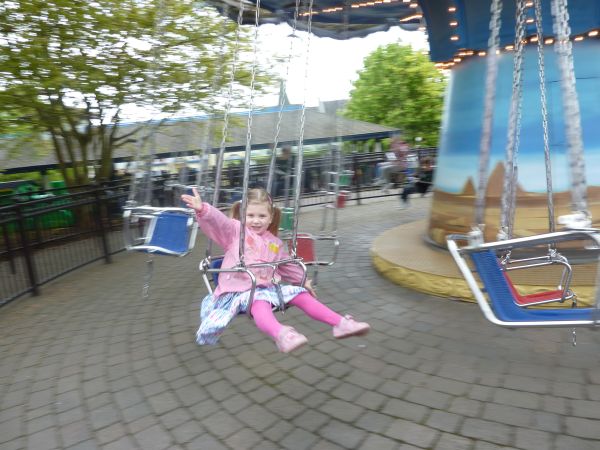 Our first trip to Legoland this year. Elizabeth was much braver now, and went on a lot of rides on her own. Shame it was such a cold day! 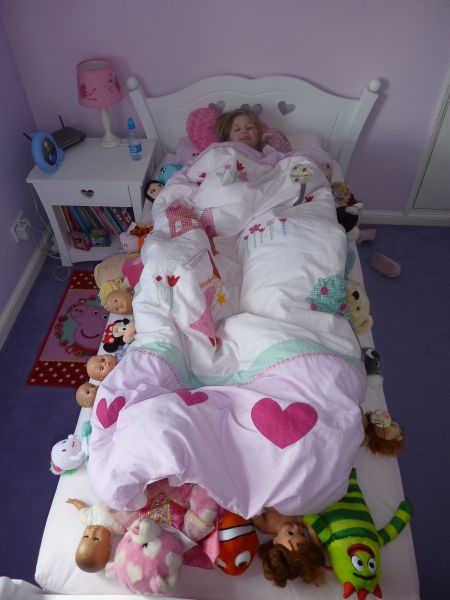 Elizabeth bathed all of these toys with Nana before she left to go home, and then we put them all to bed. Elizabeth sang twinkle twinkle to each one individually to get them to sleep!

Later they all got up and Elizabeth did a dancinng show for them. 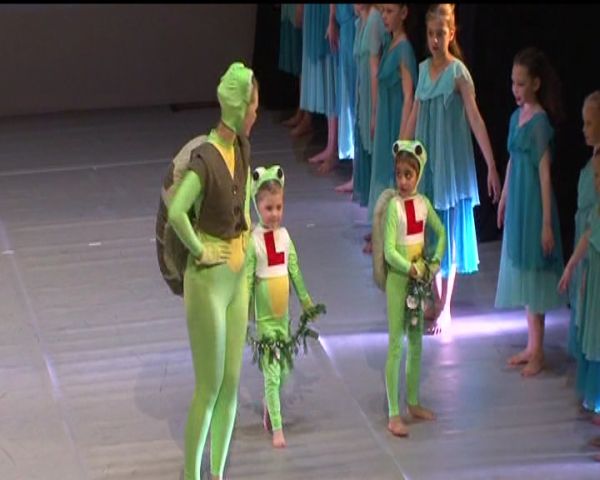 We have now got the DVD of the show, and here is a screen grab to show you Elizabeth in her starring role... 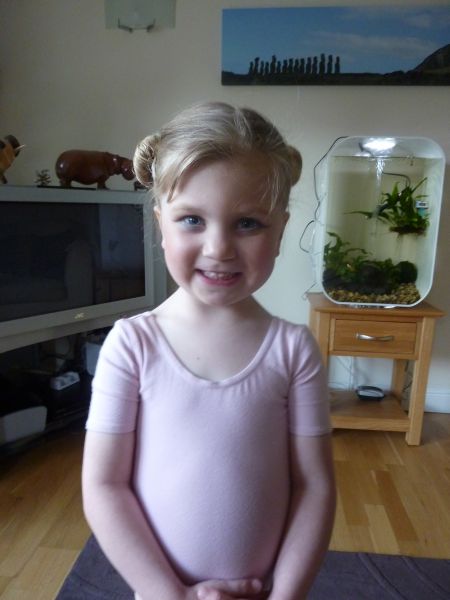 The show weekend finally arrived. It was a busy weekend, with rehearsals Saturday and Sunday mornings, a show Sunday evening, and two shows on Monday. Elizabeth enjoyed it all though! Unfortunately we weren't allowed to take pictures of her in her turtle costume, and as far as we know no official photos were taken either. Here she is with her hair up and make up on though. They decided not to paint her face green in the end. 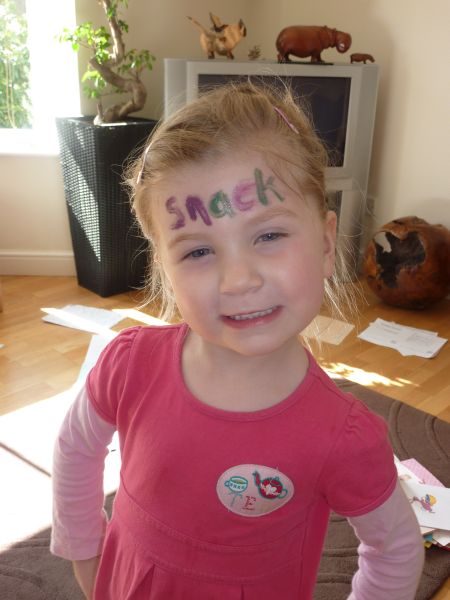 Elizabeth has always refused to have face paints. We knew they wanted to put some on for her ballet show though, so we bought some to try out.

Elizabeth asked me to write this on her head. I suppose it is her favourite thing! 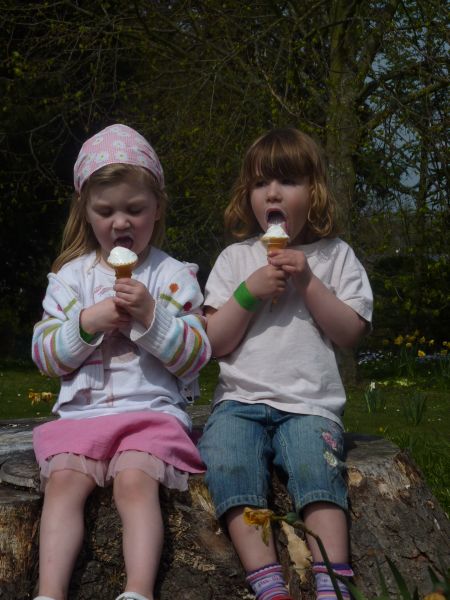 Yet another sunny day for the BCA open day. The last two years we have bumped into Eliza and family there, so this year we arranged to meet up with them. 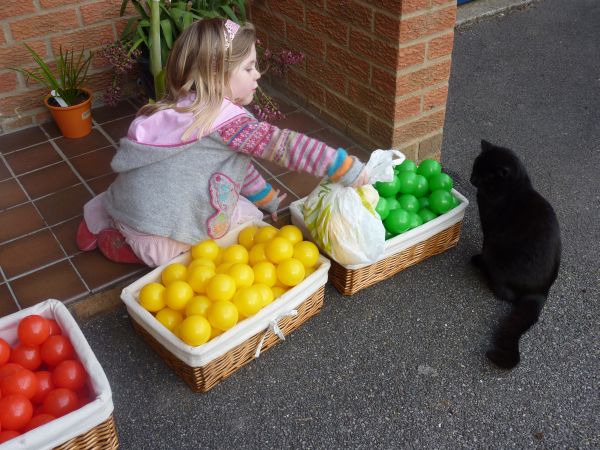 Elizabeth set up shop on the porch, selling fruit. Bruno was her best customer I think. 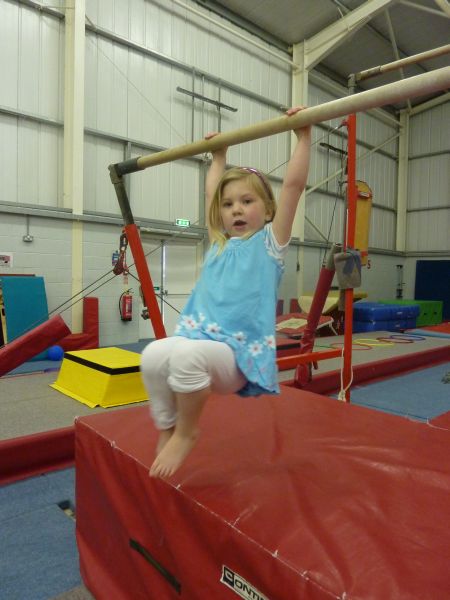 Elizabeth went to another party the day after hers, at a gymnastics club. She absoultely loved it, and is already saying she wants to have her party there next year. She is also on the waiting list for classes there!